Around 8 years ago we saw consumers shift away from more traditional cars to SUVs. This trend has been replicated worldwide, showing that motorists have a preference toward larger vehicles. Carmakers noticed this trend and made an SUV for every style and taste. This in turn, led to some pretty questionable examples that probably never should have been released.

With luxury manufacturers such as Lamborghini and now Ferrari making inroads into the SUV market, it doesn’t seem like their popularity will wane any time soon, although the overall quality of new models has improved substantially.

In building this list, we weighed up consumer reports, manufacturer recalls and technical service bulletins. Some brands have been included because a particular year had a high number of problems. These are the worst SUVs since the 1990s that everybody should avoid.

You may recognize the Isuzu Trooper by another name as it was rebadged and sold by most other manufacturers. It’s mostly famous for failing a rollover test by Consumer Reports magazine which resulted in a $242 million lawsuit against the publisher by Isuzu, which was thrown out. The underpowered SUV sold poorly overall and was discontinued in 2002.

It’s almost impossible to believe that the same company that made the Hellcat also made this dreary SUV. In 2009 the Journey’s premature brake wear was highlighted with thousands of complaints about having to replace pads and rotors every 5,000 miles. The problem was traced to a restricted brake line preventing fluid from reaching the master cylinder, keeping the brake pads in contact with the rotor causing a buildup of heat that warped the rotor and wore out the pads. It also had problems with the engine stalling and the airbag not deploying, perfect on a vehicle with dodgy brakes.

From flawed design to the ugly final product, the Pontiac Aztek is a regular on any list of worst cars ever made. As a functional vehicle, it actually wasn’t too bad, but most people couldn’t get past that messy styling. It even prompted one GM executive to claim that Dodge products looked like ‘angry kitchen appliances’.

Putting a 4 cylinder engine mated to an automatic transmission in a vehicle that weighs over 4,000 lbs is never going to end well. Despite being a four-wheel-drive vehicle, the ride height was far too low to drive anywhere besides sealed roads. Worst of all, they were built by Fiat-Chrysler, so the build quality was lacking overall.

The latest Chevrolet Suburban is difficult to find fault with, but in 2007, owners found themselves needing to carry around engine oil everywhere they went. Some even reported having to go through a new quart of oil every 500-100 miles. Dealers everywhere told owners they could fix the problem by buying a new engine, which went down like a lead balloon.

GMC has managed to fix most of the problems with their latest release of the Acadia, but 2014 was not a good year for the SUV. Incredibly, there were 1,306 Technical Service Bulletins issued to dealers with instructions on how to repair various defects in the vehicle. The model was plagued with electrical problems and an engine that would stall and eventually seize.

Purchasing a Yukon is like buying a lottery ticket where the prizes are vehicle recalls, service bulletins and denied warranty claims. The 2015 model had a lot of tail-light issues. The issue was so widespread that a shortage of spare parts forced dealers to swap out the lights from other Yukons on their lot.

A lot of people are pretty hardcore Land Rover fans, but even so, you can’t ignore the big problems with the Discovery II. A driveline that failed. Heater core that failed. Leaking brake system. The issue with Land Rovers is that the earlier models are virtually unbreakable, but the newer ones will ruin your day quicker than wet socks.

Mitsubishi got the Montero right eventually, but when it was first released, it came with a free, dangerously high risk of rolling over at any speed above 37 mph. It was a struggle to get to that speed however as the 2001 Montero also had a number of transmission problems.

The Dodge Nitro seemed to sum up all of Chrysler’s problems in one SUV and was accordingly slammed by almost every journalist that reviewed it. The engine was too small for the big SUV, the interior felt cramped, and it somehow managed to be the most boring car to drive that’s ever been released. Build quality was problematic and these are so rare nowadays because they have mostly fallen to pieces.

We remember the Ford Explorer, also known as the Ford Exploder, well. Of course, they didn’t literally explode (besides the transmission). In fact, the transmission problems were so widespread that Ford had to employ more staff to make the replacement transmissions for when they inevitably failed. Ford “Exploder” owners also had wheel-bearing failure to look forward to before they hit 100,000 miles. Some of the recall notices are eye-opening, particularly ‘spark plug ejection from cylinder head’.

The Latest Acura MDX received some very favorable reviews and has proven easy to extract power from but this hasn’t always been the case. Early 2000’s models had major transmission problems, and 2014 models had widespread issues with the engine stalling. Curiously, one of the recalls issued on this vehicle was for seatbelts not functioning when the weather was cold.

Complaints about the Renegade have been diminishing every year but this is most like relative to dwindling sales figures. The 2015 model was particularly bad and a number of owners had issues with fault codes and an illuminated ‘check engine’ light. Jeep was slow to react, leaving several car dealers to fend for themselves with most having no clue how to fix it.

The Envoy represents a dark time in GMC’s past. Before the Envoy was released, the head of product development warned that the SUV suffered serious reliability issues but a flashy sales powerpoint presentation changed his mind. The 2005 model was particularly unreliable with transmission issues, fuel sensors that failed as quickly as they could be replaced, and wheels that wobbled as if they were made out of cardboard.

The Jeep Commander was listed by journalists as one of the 10 worst cars of the 2,000s, and one of the ten worst cars on the market. It was designed as poorly designed and useless. In a throwback to the 1980s, the Commander had a problem with door handles constantly breaking. The engine was severely underpowered and stalled frequently.

The Trailblazer has been pretty good since 2009 but 2002 – 2005 models should be avoided at all cost. The whole series was plagued by faulty fuel gauges and 2002 was bad for expensive transmission problems. Despite an investigation, no recall was ever issued to repair the fault gauge. Although these were the worst problems, defective features could be found throughout the entire vehicle.

The Ford Excursion of the early 2,000’s was built on Ford’s Super Truck platform which made it approximately the same size as Mt. Rushmore. It weighed around 7,000 lbs as it was a vulgar display of excess. 2004 models suffered from a non-starting issue which was just glazed over by Ford and never really resolved.

Prior to 2014 a lot of Chevrolet Equinox’s had problems with excessive oil consumption. These were expensive repairs that typically cost $2,500 – $3,500. Despite owners replacing pistons and rings, which was commonly cited as the cause, often the vehicles would go into limp home mode because of faulty camshaft sensors.

The Nissan Rogue’s biggest problem was its CVT transmission. Nissan had so many complaints about these transmissions failing that they actually doubled their warranty period to allow owners to get it repaired. There was also a recall issued when Nissan identified a potential fire hazard due to leaking brake fluid. To their credit, Nissan did everything they could to help unfortunate Rogue owners but the SUV should be avoided whenever possible.

The Chrysler Aspen disappeared quickly and to make sure no more were ever built, they even closed down their factory. Electrical gremlins caused no end of headaches for Aspen owners which became worse during wet weather. This was caused by poor water drainage but Chrysler refused to acknowledge the problem, leaving owners with an expensive fix.

Culled from: The Things 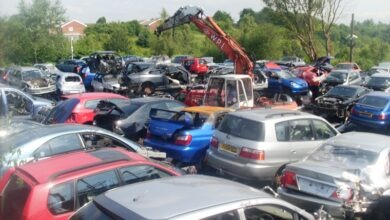 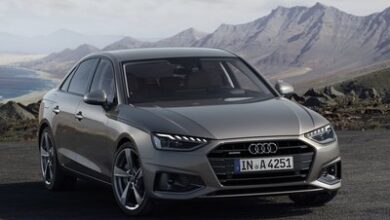 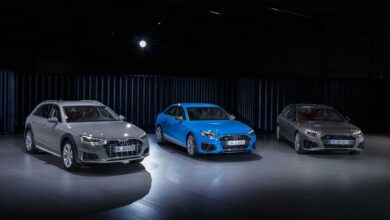 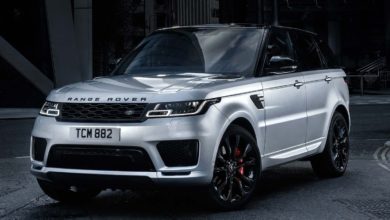