For some reason the crossover SUV has become a breakout hit with consumers, rapidly replacing the family car as we know it. The automotive industry has all kinds of fads that come and go; the minivan was one of them. But now the Crossover has been on a breakout swing of success and its hard to see it going anywhere. Because of the success, there are crossovers from just about every automaker on the market. Some of these are great choices and some of them are lackluster at best. Pricing can be high for a crossover so choosing the right model is important.

You don’t want to be stuck with something that you won’t want in a few years. Breaking down the various features that crossovers have to offer is important when it comes time to landing on one. Naturally, there are a lot of different features that come to mind when you think of an SUV.

Most crossovers are well equipped nowadays, but it’s the fit and finish that you want to look out for as well. The crossover market is getting more crowded every day so it’s important to choose one that you’ll enjoy. Read on as we take a look at some of the crossover SUVs that you’ll want to avoid.

Mazda has been on an upward swing for the last decade, but the CX-5 has some issues. First and foremost is the maintenance cost. This can be quite high and has led to many secondhand CX-5 owners turning these cars in. After all, when you’re paying for luxury car prices, you want luxury car features.

Tucson has been a value-oriented offering for over a decade now. The small Hyundai was a welcome addition to the lineup when it hit the market. Nowadays, the SUV is a little lackluster when you compare it to other offerings on the market. Hyundai has said that a redesign will be coming soon so we are waiting on that.

The Ford Escape has been around for a while. The real question is how long will it last? Reliability is an issue for the Escape and many owners have complained. Aside from that, the Escape does offer some decent features but reliability should be at the top of any shopping list.

The Sante Fe suffers from a lot of the same issues as the smaller Tucson. The platform has become aged in recent years and the car is starting to show it. Although the Sante Fe is well equipped for the price, the issues with the interior quality can be a bit problematic. This also happens with a lot of the other older models on the market.

The Sorento has become long in the tooth. What was originally an innovator in the segment is now just another car. The Sorento does offer some pretty good standard features for the price, such as a turbocharged V6 engine. But it is long in the tooth and its time for a redesign.

Where do we start with the Journey? The thing has been around since before the economic collapse. The design is beyond stale, and as the industry changes around it, we’re curious to see as to what will become of the Journey. Chrysler has stated that a redesign is in the works.

Diesel cars never caught on over here in the states, and GM failed to learn that before. The Equinox is a fine SUV. But design-wise the diesel engine was just not suitable for the everyday buyer. Not to mention that diesel fuel is very expensive and it can cost a pretty penny to gas one of these things up.

The Sportage is another outdated design. It has been on the market for a while now and while it manages to be a good seller for Kia, it’s time for a redesign. The overall look of the Kia Sportage is relatively good but it has become dated in the last few years. It’s time for an upgrade, Kia.

The CR-V has been on the market in its current form for a while now. While the CR-V is an admirable performer, the thing is growing long in the tooth. Compared to the upgraded models that are on the market the CR-V doesn’t leave much to be desired.

The Kona was a new concept when Hyundai introduced the vehicle. But like most of the Hyundai lineup, that initial excitement has worn off. The Kona is a cramped little car that looks more like a Kia Soul then an innovative Hyundai. Still, there are some interesting features about the Kona.

The CX-9 has been around the block and back without a major redesign. Mazda is working on revamping their lineup and the CX-9 seems to be at the bottom of the priority list. Still, we have to wonder what the next generation of the CX-9 has in store, and if it will retain the stylish exterior.

The Terrain was the first compact SUV to be offered by GMC. In terms of options, the Terrain offers a good mixture of standard features and looks. But it is high time for GM to give the lowly GMC an upgrade. It has been on the market in the current form for some time now.

Who can forget the Kia Niro? The interesting little compact SUV has a one of a kind look and a good portion of standard features. Unfortunately for most consumers, Niro has become forgetful in a sea of similar competitors and that’s why it is high time for an upgrade as well.

7 MINI Cooper Countryman – Maintenance cost is through the roof

When Mini Cooper made its appearance back in the American market there was a good deal of fanfare. But now that fanfare has worn away and Mini is doing just about anything to stay relevant. The Mini Cooper Countryman is another attempt at this but the awkward shaped SUV needs a redesign.

The Highlander is not necessarily a bad choice. But like most of the Toyota lineup, it’s old. We’re not sure when Toyota plans on updating the Highlander but there are plenty of other choices on the market that offer more bang for the buck. About the only thing that you get with this is the legendary Toyota reliability.

Let’s be honest. Since gas prices have been going down there isn’t a need for a hybrid model anymore. The RAV4 was one of the first SUV models in the world to offer a fully electric version. But it’s time for Toyota to retire the hybrid version of the cute-ute and just work on getting better mileage.

4 Chevrolet Traverse – old design and a lack of standard features

The Traverse was GM’s first foray into the real crossover business. The model was a lot better than the hideous Aztek that came before it. The Traverse does offer some good features but for the price, other models on the market offer more standard features. Still, if you want a big bowtie crossover, this is it.

The Edge is another oldie but goodie on the market. Ford just hasn’t seen the need to update its vehicles and Edge is the latest product of this. You might have seen an Edge with similar styling a decade ago. The vehicle needs a major refresh and we have to wonder when Ford will do it.

The CX-3 is like many Mazdas in that it offers superior handling and performance but is lacking in other departments. The CX-3 drives like a dream, but when you compare it to other models on the market you might not get a good value. Still, if you must have a compact Mazda, the CX-3 is a decent choice.

1 Subaru Forester – outdated and not the most fuel-efficient

The Forester is a stand out vehicle for several reasons. Firstly it has the Subaru reliability that has made the brand a staple of the crossover market. But the Subaru needs a redesign desperately to bring it into the current crop of crossovers. The Forester is missing out on a lot of the things that make modern crossovers great.

Culled from The Things 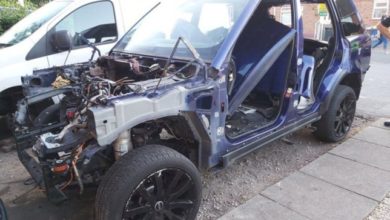 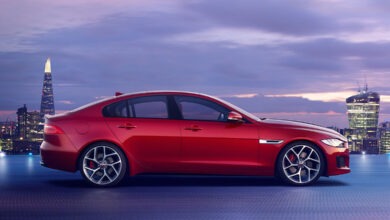 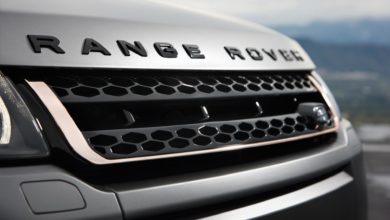 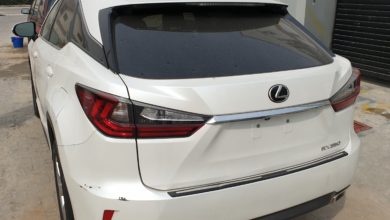