Our fascination with policing did not start with #EndSARS. Since we did the story, THIRD MAINLAND BRIDGE: When the Police Is Truly Your Friend, in January 2020, we have been thinking of doing a WLS series on the police. But #EndSARS just made it more urgent with the heightened discussion of police welfare and the quality of policing. The policemen we spoke to think of the quality of policing in Nigeria as simply a reflection of the general decay in government and of public services. We agree with them to an extent. Enjoy the peep into their Working Lives.

Working Lives: The Policeman Who Used to Teach Further Mathematics

“Our politicians are the most corrupt and they are the ones Nigerians should really face. Pay us good salaries, gear us up with the right equipment, and improve police welfare and you will see how we will perform.”

I am from Ondo state.

Nothing much to say really.  I only went to primary school and secondary school. My parents were not able to afford to send me to the university but I am grateful for what they were able to pay for.

Tell us about your family?

Just like I had said earlier, I come from a poor family. We are not even average. My dad is a cab driver in Akure while my mom is a washwoman. She goes to people’s houses during the weekend to wash their clothes. My parents have five children.

Where do you live and how much is the rent?

I live in a room self-contain apartment in Ojuelegba and I pay N7,000 for the monthly rent.

How did you start working as a police officer?

My parents heard people were joining the police and they asked me to apply to join too. I didn’t have a university degree so my options were limited.

Were you recruited or you went to the police academy?

I earn N55,973 monthly. People say a lot of nonsense about how Nigerian police are incompetent. They have no idea how we risk our lives almost daily for very little pay. It’s unfortunate that the bad eggs amongst us have made a bad name for the whole force.

Are the Police in your view the most corrupt institution in Nigeria?

I wouldn’t say the police are the most corrupt. Fine, the police are corrupt, I agree with you, but they aren’t the most corrupt. Our politicians are the most corrupt and they are the ones Nigerians should really face. Officers who misbehave are forced to by the very poor remuneration and conditions. I am not trying to justify the corrupt state of the force but I just feel that the poor conditions bring about poor policing. Pay us good salaries, gear us up with the right equipment, and improve police welfare and you will see how we will perform.

Like I have said earlier, increasing salaries, gearing us up with the necessary armour, and then a solid pension structure for officers that will be retiring soon. You see a policeman that has served his country for more than 35 years and then when he is retiring, he is left with little or nothing at all. The government needs to do better, honestly.

Who do you want to be in charge of any new funds to improve police welfare, the police hierarchy, or a body made up of people from companies that have been supporting the police and civil society organizations?

Those ones? I don’t trust them one bit. Each police station across the country gets N7,000 to N15,000 as allocation despite the heavy funds released to the Force from the Federal Government, so what are you telling me? We really can’t trust our ogas up there. Let one of these organisations from the private sector oversee things. I am very sure they will perform well and things will change for the better. The private sector has literally been the ones building the country for years. There is really not one thing we can point to that the government has done over the years. Thank goodness for investors, I wonder how Nigeria would be.

It’s both for me. An officer that is being paid N51,000 monthly for risking his life will not only put less effort into his job but will also accept bribes to sustain himself and his family. And knowing that when they collect bribes no one is going to prosecute them, being sure that even if they get reported to the authorities, nothing will be done. Our salaries need to be increased. The average salary for a new recruit should not be less than N50,000 honestly. We deserve it because we risk our lives.

Let me just say 9 out of 10. I would have said 10 out of 10, but your readers might think I am exaggerating. Bribe taking has become so common you now see female officers collecting bribes too which wasn’t so in those days. Word on the street is that they are even more stubborn with how much they want from you when you are trying to bribe them. An ordinary traffic warder in the force collects bribe, not to talk of other higher-ranking officers with guns.

The almighty SARS unit is lucrative and the Taskforce unit too.

How much would an extremely corrupt office make in a week?

An extremely corrupt officer will make nothing less than N50,000 in a week. Also, note that the N50,000 I have mentioned is a stable amount no matter what happens that week. They make more than that most weeks.

The government is doing theirs and our ogas are also doing theirs. The little we get from the federal government for the police welfare our ogas squander everything and send peanuts to police stations across the nation. We receive between N7,000 to N15,000 for each police station, that is why the police are almost like beggars in all stations. You see policemen asking for money to print court documents from a suspect being taken to court. They ask for money for petrol for their vans and all that. There is a lot really going on. The welfare of police officers is very poor. We are not taken into consideration by the Federal Government at all. Just look at our barracks, look at our salaries, very poor. Recently they announced increments in our salaries but the increment was only N3,500.

Yahoo boys of course. Then drug dealers that sell all sorts of illegal drugs and then lastly those that break traffic rules. Now you see why everyone wants to be in the controversial SARS unit and also the Task Force unit.

Nothing that I can think of at the moment. The job is annoying and frustrating. Worst experience? Being in the force itself with a rubbish salary is a very bad experience.

Also Read: Working Lives: The Policeman Who Plans to Go into Public Relations

Yes, of course, this happens a lot. You see a situation where one of the police officers in a unit is trying to be lenient with a detainee and other policemen face him down.

The only thing I did before I was recruited into the force was teach. I was organizing home lessons for WAEC candidates back then in 2005.

I work for 8 hours a day. Either for morning or night shift.

I can remember you asked me earlier about my best experience on the job and I said I don’t have any. So what makes you think I have a best day on this job? Bros let me be frank with you, I just do this job for doing sake. This is my 15th year being a policeman and there’s nothing to show for it. I still live in a slum-like rented apartment, struggling to meet up with bills now that food prices have gone up. So, with all these things I have said, do you really expect me to have a “best experience” or a “best day” like you have asked? No!

I always try to minimize the way I spend because the family is back home and they need to survive. So, based on the fact that I am a staff like these danfo guys always call us, I rarely pay for bus fares when I am going or coming back from work. I get to spend just N200 or N500 at most. Sometimes I don’t even spend a dime.

House rent, bills, my children’s school fees amongst others.

I have been in the force for 15 years.

Are you married/ looking forward to marrying?

Yes, I am happily married with 3 kids. All thanks to my wife, she has been very supportive during dark times, I really do love her and appreciate her.

I always think of going back to teaching WAEC candidates but I guess I am too old for that now. Plus it’s been a while since I taught. I don’t even know if I would still remember stuff or if I would still be able to solve further maths questions. I was a guru back then in secondary school.  If not for Nigeria, I should not be where I am today. 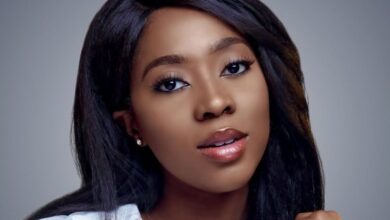 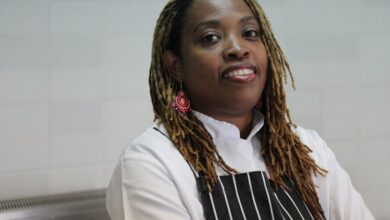 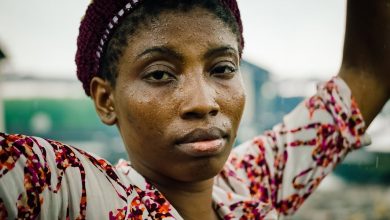 Working Lives: The Agbo Seller Who Left Ibadan in SSS2 to Join Brother in Mushin 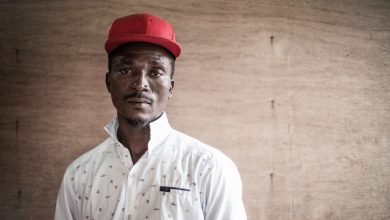