Our fascination with policing did not start with #EndSARS. Since we did the story, THIRD MAINLAND BRIDGE: When the Police Is Truly Your Friend, in January 2020, we have been thinking of doing a WLS series on the police. But #EndSARS just made it more urgent with the heightened discussion of police welfare and the quality of policing. The policemen we spoke to think of the quality of policing in Nigeria as simply a reflection of the general decay in government and of public services. We agree with them to an extent. Enjoy the peep into their Working Lives..

Working Lives: The Policeman Who Plans to Go into Public Relations

“At least, even if this police welfare committee of private-sector people end up not doing what they should do, we can speak out and point a finger to someone. But with the police ogas still in charge, there is no one you can point a finger to. Well, only if you are ready to lose your job.”

I am from Imo state.

I attended Government Secondary School, Okigwe in Imo state. I studied Mass Communication at university. I graduated in 2004.

I come from a family of 7. My dad was a civil servant in the Government House of Imo State while my mom was a teacher. My siblings and I all grew up in Imo state.

Where do you live?

I live in my own house in Ijaye Ojokoro. I recently moved in.

How did you start working as a police officer?

My uncle was a police officer. As a kid, I was always amazed at the fact that he was a policeman. I saw him as an action film superhero and wanted to also become a policeman. So after university, I joined the force. I went to the police academy in Kano, graduating in 2010.

Do you agree that the police force is the most corrupt institution in Nigeria?

The police are not the most corrupt. They are just doing what other Nigerians with power are doing to make money. But because of the very public nature of our job – there are many policemen and everyone encounters us one time or the other – people think we are the most corrupt. There are also a lot of politicians in Nigeria and they are also corrupt. The only difference is that they don’t carry guns like us. People are focusing on a few young people that policemen harass but they are outnumbered by the people who have actually committed crimes and are trying to buy their way out of it.

Also Read: Working Lives: The Farmer Who Became a Policeman After Secondary School

The number one thing would have to be the salary structure and then we can start to talk about the police welfare, in terms of gratitude, pension, and compensation for the families of a policeman that dies while on duty. Police stations in even Lagos look like shacks, they are much worse in rural areas across Nigeria. The stations should be more decent. These three things will play a huge role in police reform. It’s crazy how our senators are earning millions monthly and we that are supposedly protecting the lives and properties of Nigerians are earning peanuts. Oga, you yourself reason am, how do you expect someone that is putting his life on the line and receiving peanuts at the end of the month to focus on his job? Such a person will not only collect bribes from criminals but will also do the bare minimum while doing his job. I have to tell you, the majority of us have this nonchalant attitude to work. You see thugs fighting and a policeman will just be there standing and looking. He will simply tell you, “wetin concern me”. We were not trained to be like this.

Who do you want to be in charge of any new funds to improve police welfare, the police hierarchy, or a body made up of people from companies that have been supporting the police and civil society organisations?

I do not trust them. All the money they have been allocating, what good have they done with it? The private sector plays a huge role in the country already, so if they can appoint people from the private sector to oversee the management of funds, it will really go a long way. At least, even if this police welfare committee of private-sector people end up not doing what they should do, we can speak out and point a finger at someone. But with the police ogas still in charge, there is no one you can point a finger to. Well, only if you are ready to lose your job.

I think both play a huge role in corruption. An officer that gets peanuts after 30 days of work will not only accept a bribe from a criminal but will also go out of his way to make sure he extorts an individual even if he has to threaten or torture the person in question. And because they know there is nobody that will prosecute them even if they get reported, they freely engage in malpractices and abuses.

8 out of 10 policemen take bribes. You even see traffic controllers taking bribes. These are people that are not with guns o. Now imagine those with guns.

The popular SARS unit and the Taskforce unit too. A lot of people want to get posted to that unit because of the gain they get from extorting people. For the taskforce guys, those ones don’t really harass people. They make money catching people driving one-way, using the BRT lanes, people riding bikes on the express, etc. These people know they have broken the law, so they don’t hesitate to pay the bribes.

How much would an extremely corrupt office make in a week?

It depends on the unit the officer is in and how many people they are able to arrest that week. An extremely corrupt SARS officer should make nothing less than N150,000 weekly.

Both of them jare. The government is doing their own rubbish and the little that gets assigned to our ogas, those ones too will pocket the bulk of the money. Nonsense!

As much as N200,000 depending on how desperate you are or who is helping you process it. Some even pay more.

Yahoo boys, bike men caught on the express, and then those nabbed with illegal drugs like weed, codeine, etc. Those that sell weed especially. They pay as much as N300,000 depending on how big your weed business is and how much weed you are caught with.

My best experience will have to be when I accosted an armed robber. We got a distress call that they were robbing somewhere around Ogba. We got there just in time and arrested THE robbers. I say this as my best experience because I was proud of my colleagues and I. Even those in the area were proud of us on that day. You know, Nigerians always say this thing about the Nigerian police not responding or coming in time to a crime scene.  They were all shocked to see how swift we were at our jobs. My worse experience will have to be recently seeing my colleagues get killed and burnt alive. The whole #EndSARS issue got out of hand. We all panic to wear our uniforms these days.

Yes, especially when they know the person in particular. Let’s say, for instance, a policeman arrests somebody and then the person he arrested happens to be a relative or knows someone that knows a senior officer. There is always a disagreement on the demand for money.

Also Read: Working Lives: The NURTW Agent Who Got in Through His Pastor Dad’s Connect

I was working for a media company. I worked with them for about a year and a half.

When I don’t get to handle a case of murder. Handling cases like that gives me anxiety.

I always drive my car to the office, so I hardly spend apart from just buying snacks to eat while at work or going out for lunch at a nearby canteen. About N1,000 is ok for all this.

My kids.  A lot of bills come with raising kids. Even for policemen.

I have been in the force for close to 8 years now.

Yes, I am married with 4 kids.

I would really like to work in a PR firm, so I can at least put my skill to work very well. 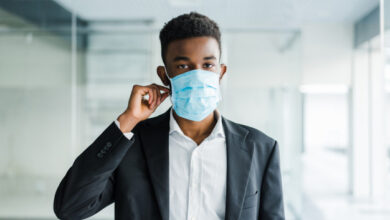 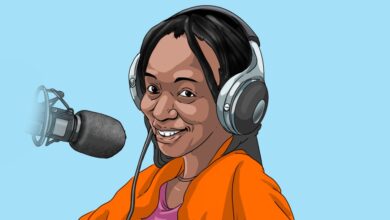 Working Lives: The OAP Whose Brother Prevented From Studying Law 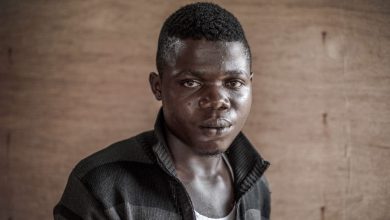 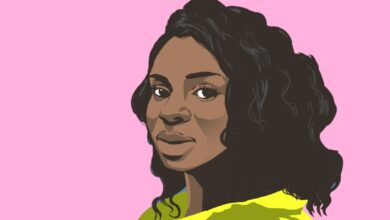