If in 2019, the threats were like an ominous cloud-gathering, over the last 15 months, we have seen the process of adoption and further merging of the boundaries between technologies and the processes they support speed up exponentially.”

Walked into the Ikeja City Mall branch of ShopRite supermarket last weekend and was shocked to find that the liveried gentleman (never met a lady in the function), who would ordinarily have pointed the thermometer temperature gun at my temple, and having obtained a positive reading, offer me gobs of hand sanitiser from a large provision attached to his waist, had been replaced. Instead, I walked over to a temperature sensor. Obtained a reading and moved to an auto-dispenser for the sanitiser. A creature of habit, the entire shopping experience did not feel the same any longer.

It was more efficient, though. Gone was the small cluster by the man by the entrance. And access to the facility was easier. Store management will doubtless argue that not only do these wheezes help hold cost down, but they also end up boosting efficiency and productivity as well. Globally, this transition to remote service, with minimal human intervention in the client-business interface has smoothened customers’ ease of access to businesses and the convenience of the former’s use of the products and services on offer. Businesses have, in turn, advertised the improved efficiency that has resulted across sectors.

Over the last 25 years, increasingly sophisticated algorithms permit more seamless connection between the customer’s digital device and business processes. Passing through online payment systems, these online links reach to the warehouses of the order-fulfilling company. And across the logistics platforms of courier services, or over the internet, goods and services make their way back to the customer’s doorstep ― in the case of eBooks, figuratively, and often in real-time. Meanwhile, machine learning is pushing at the frontiers of businesses’ understanding of their buyer behaviours, allowing these businesses almost to predict customer needs long before the customer is herself aware of these needs.

Even in old-fashioned manufacturing businesses, these algorithms, and the machine learning that feeds off them, have permitted levels of mass customisation that were until recently, the stuff of cutting-edge science fiction writing and movie plots. Stodgy businesses like car making now permit their customers to build their preferred cars from their homes. While advances made in virtual reality technology promise to deepen the markets’ experience of goods and services in a way that permanently alters the notion of “ownership”.

If in 2019, these threats were like an ominous cloud-gathering, over the last 15 months we have seen the process of adoption and further merging of the boundaries between these technologies and the processes they support speed up exponentially. In response to the contact-lite outcomes of the non-pharmaceutical protocols designed to contain the spread of the coronavirus pandemic, even banks are having to rethink their brick-and-mortar sales force from first principles. This is not just because it is convenient, and faster to serve customers via online channels. But the mothballed branch was always a source of a plethora of tensions (between customers on long queues aggravated by the queue service rate and harried staff), and costs (insurance for the cash it dealt with, and payments to the police for general security, to take but two examples).

Almost inevitably, domestic economic entities will see a spike in their productivity with this transition.

As in the West, though, each new nexus of bits and bytes that links the customer to a business would involve the offloading of a number of unskilled labourers. Elsewhere, this transition was made easier initially by the prospects of new work demands boosting employment. Programmers, coders, vast server farms, and the quality and audit assurance work needed to keep these running were always going to need new workers. And they have. Silicon Valley-types have proliferated, with their mouth-watering remuneration, and almost magical ability to flit between jobs.

Beneath these roses though is a new precariat. Prickly, and as the crises of leadership in the West over the last ten years indicates, increasingly willing to overthrow the current social contract in favour of a return to an idyllic past. In part the problem has been in facilitating the workforce’s transition to the new work type ― a problem both of the design of the new curriculum and of funding participation in re-training programmes.

As always, back home, the complexion of the problem is darker. Two aspects of our current reality threaten to make the local response to this phenomenon worse than elsewhere. The large level of current unemployment in the country. Itself the result of government policies designed around a suspicion of private sector responses and an exaggerated sense of the competence of the public sector. The second is a long-standing indifference to the quality of our human resource endowment that has worsened over the last 6 years.

The easier part is to recommend two levels of intervention. One by ensuring that the acquisition of programming and coding skills feature far earlier in our school curriculum. And secondly, by helping to re-train those who would lose their jobs as this transition gathers steam. More problematic though (against the fact of government’s straitened finances) is where to find the money to pay for these reforms and the possibility that even with the best intentions, current levels of illiteracy and unemployment may mean that the stallion fled the stable long before the need was felt to close the barn doors. 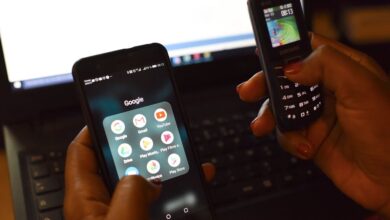 ‘COVID-419’: how cybercriminals in Nigeria exploited schemes to help people in need 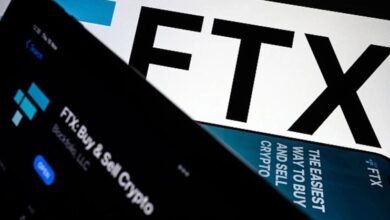