It’s a mid-summer evening in the capital and the queue of London art scene insiders and celebrities is snaking around the courtyard at Somerset House.

The launch of a new club? Not quite. The opening and after-party for Somerset House’s exhibition Get Up, Stand Up Now: Generations of Black Creative Pioneers, celebrating art from Africa and its diaspora.

Something very exciting is happening in the city right now. The vibrant colours of British-Sierra Leonean artist Ayesha Feisal were on show at Tafeta in Fitzrovia this month, while the conceptual pieces by South African Berni Searle were seen at Mayfair’s Richard Saltoun gallery.

Luscious self-portraits by young British-Liberian artist Lina Iris Viktor are on the walls of Autograph gallery in Shoreditch until January and, after the success of The House of African Art in March, Peckham’s Copeland Gallery is putting on a follow-up show next week. African art, for so long overlooked in London’s (and the world’s) galleries, is finally getting the recognition it deserves. And interest is booming.

There is also a new, cosmopolitan wave of artists whose work is inspired by the African continent, often drawing directly on the artist’s own postcolonial ties. Perhaps the best known are Lynette Yiadom-Boakye, whose stunning paintings are currently on show at Corvi-Mora in Kennington, and Kara Walker, whose Turbine Hall installation opens at Tate Modern next week.

Next Thursday, just in time for Frieze Week, Cape Town’s Goodman Gallery will open in Cork Street. Goodman has been thriving in South Africa and has a presence at major international fairs, including Frieze and Art Basel, so its decision to come to London, now, really means something.

‘In the last three or four years the pace has really picked up,’ explains Goodman Gallery’s director Liza Essers, when asked about how the capital’s attitude to African art has changed. ‘I think the real shift is around a consciousness in the West. Having excluded other perspectives, people have realised that it’s important to be more inclusive.’

‘There’s a much stronger dialogue looking at the whole of the world in a way that’s representative now,’ concurs fellow director Jo Stella-Sawicka, who recently left her long-held post as artistic director of Frieze to join Goodman. ‘I think we all know that institutions aren’t just showing American artists who are white and dead any more.’

‘A number of institutions are working to add a more global perspective and broaden their collections further,’ Essers continues. ‘Tate really spearheaded that a number of years ago through its acquisition committee and bringing in African curators. European institutions such Paris’s Pompidou are following suit. Being in London means being in proximity to them.’

Historically, African art has been viewed as ‘craft’ or ‘artefacts’ rather than been given the elevated status of a fine art object. Many looted historical works by African artists sit in Western museums and are credited to ‘unknown craftsmen’, while works painted using an African visual language have often been described as ‘primitive’ or ‘childlike’ by critics. The influence of these artists has been slowly introduced to an art historical canon, which previously excluded them.

In recent years there has also been a diversity drive in the London art world. With it has come discussion as to whether this has been a true move towards inclusivity in terms of race, gender and class or simply window dressing, but changes have been made. At the beginning of September, Tate announced that it has appointed four new curators dealing with international art, among them African art specialists Osei Bonsu and Nabila Abdel Nabi.

Sotheby’s, too, opened its department dealing with modern and contemporary African art in 2016, led by Hannah O’Leary, a highly respected and passionate expert in the field who was previously a specialist in African art at Bonhams. ‘It was both a reaction to demand — what our clients were looking for — and where we saw potential to grow the market,’ O’Leary explains. Sotheby’s Modern and Contemporary African Art sales, now in their third year and going into their fifth sale, will take place on 15 October after works go on public display from 11 October.

While prices are relatively low, ranging from £2,000 to £250,000 in a world where works can be sold for tens of millions and more, the auction house has seen them grow at a rate of 50 per cent year-on-year since it started the sales. In March 2018 the sale exceeded its estimate and realised £1.8 million. This year, the April sale realised £2.3 million. ‘When we started these auctions there was very little else going on,’ O’Leary continues. ‘What really started to build things are things like 1-54 The Contemporary African Art Fair.’

The name of the latter means one continent, 54 countries, and it is a boutique fair of 45 galleries that is installed in Somerset House during Frieze Week. Most of the works pictured on these pages will be at the fair. Taking place in New York, London and Marrakech, it was started in 2013 by Touria El Glaoui to make this art available outside Africa. ‘When I started the fair there was 0.05 per cent of representation of these artists at international art fairs,’ says El Glaoui. ‘We are also trying to change the narratives and include African artists in the history books where they were previously not included.’

One of the most prominent collectors of African art is Angola-based Sindika Dokolo, who has long been building his collection of modern and historical works, many of which are housed at his Fundação Sindika Dokolo in the country’s capital, Luanda. Dokolo also works to identify and repatriate looted historical items from Africa. A spokesperson and advocate of African art, he is currently showing work from his 3,000-strong collection at Bozar Centre for Fine Arts in Brussels, placing historical works alongside work from the Diaspora. Collectors such as Dokolo, who work both in Europe and Africa to support artists, are key to the growth of contemporary African art.

Another influential name is West End gallery Tiwani Contemporary. Founded in 2011, it has great respect in the art world and has been behind artists such as Nigerian painter Njideka Akunyili Crosby, who has exhibited at esteemed museums like The Whitney in New York. One of Tiwani’s directors, Eva Langret, will soon leave to join Frieze as artistic director.

‘We are seeing increased interest from institutions and private collectors looking to build collections that tell the global story of contemporary art,’ says Langret, ‘and to achieve that they are realising they need to include the work of artists from the African continent and its global diaspora. There has also been a welcome direction in correcting the commercial value of work by these artists.’

In addition to this institutional support, artists have been creating their own networks. The right introduction can make all the difference. Internationally renowned artists such as South African William Kentridge and British Nigerian artist Yinka Shonibare mentor younger artists and help them to network in the infamously cliquey art world through initiatives in South Africa and Nigeria. This exposure and support combines to offer collectors and art lovers the opportunity to familiarise themselves with this work and helps to fuel demand.

As internationally respected institutions such as Tate Modern re-hang their collections to reveal the influences of Africa on Europe, prejudices are slowly but surely being consigned to the dustbin of history. Diverse hiring and concerted efforts in European countries to show a complete and global art history are supporting the African art market. Hanging work by an artist in one of the worlds’ most respected institutions puts them into the history books and increases the value of their entire body of work. The result of this is a continent of art which is now more accessible to discover, and with prices going up this is a good time to explore and invest in these exciting artists. 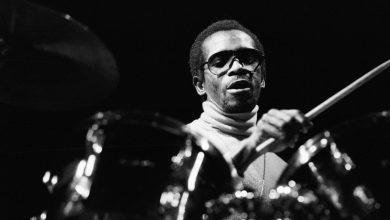 Tony Allen: “Fela was Right – but I Detest Singing Militant” 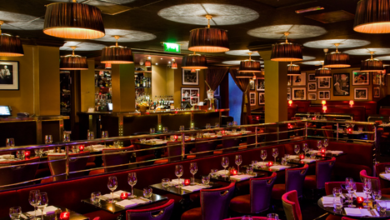 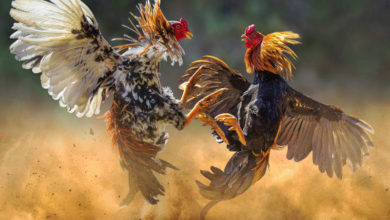 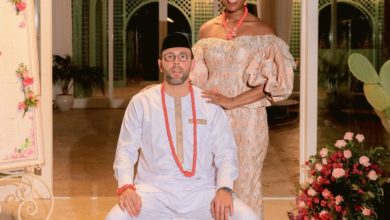 Touch of Nigerian and Italian culture at wedding weekend in Campania, Italy