However, I got into photography before I graduated. In fact, on my graduation day, I had a big job and had to choose between doing the job and collecting my diploma.”

Biola Matesun is a two-time Emmy-winning cinematographer, filmmaker, photographer and public speaker.  He was born and raised in Lagos, Nigeria. He studied Management and Information Systems at the University of Texas. After pursuing a career in photography, Abi became discontent with the medium, believing it to be insufficient in actualizing his full creative vision. He switched to cinematography which afforded him the opportunity for the exploration of different forms of creative expression. Through his MalekFoto Films and MalekFoto Weddings companies, Abi produces premium digital content for commercial, cultural and creative purposes. He led and directed a campaign for Canon Inc., which was featured all over the continent. His wedding visuals have attracted over 60 million viewers all over the world. Abi’s incredible talent and peerless contributions to film and television have garnered him recognition from industry giants. In 2018, he was awarded two Emmy awards [the world’s most prestigious award in television] for his documentary, Inner Conflict. That year, he also won two Telly Awards for producing Fire and Ice, a love story filmed in Iceland. His work has been featured in The Guardian, BBC, New Telegraph, Bellanaija Weddings, Good Morning Texas, Genevieve Magazine and others.

Before I left Nigeria, I was studying Quantity Surveying at Yaba College of Technology. It was supposed to be an 18-month programme but due to frequent strikes and related stoppages, I was there for 4 years and still hadn’t completed the programme. This inspired my decision to get educated in the United States. I have a degree in Management and Information Systems. Coming from Nigeria in the late 1990s, my orientation was to study a course that could get me a job with which I could earn a living. My parents therefore influenced by choice because we were convinced that MIS was a discipline that would offer me skills that were in demand at the time. However, I got into photography before I graduated. In fact, on my graduation day, I had a big job and had to choose between doing the job and collecting my diploma. In the early days, I did shoots for a lot of fashion-related events. I subsequently got a job to shoot for a client in Africa. That assignment was a turning point for me. While travelling across Africa, I realised that still photography had a major limitation; you could not easily tell the story about what happened before and after the image you shoot. That got me interested in video as an alternative way to tell stories. It took a few years after that experience but I eventually made the switch to making videos.

What was the biggest lesson from your experience in University?

I learnt that the only limits you have are the ones that you put on yourself. I also learnt a lot about community, especially in the Asian community where I saw a culture of support for those coming from their home countries. I saw how people could be so supportive of those starting their journey in America. 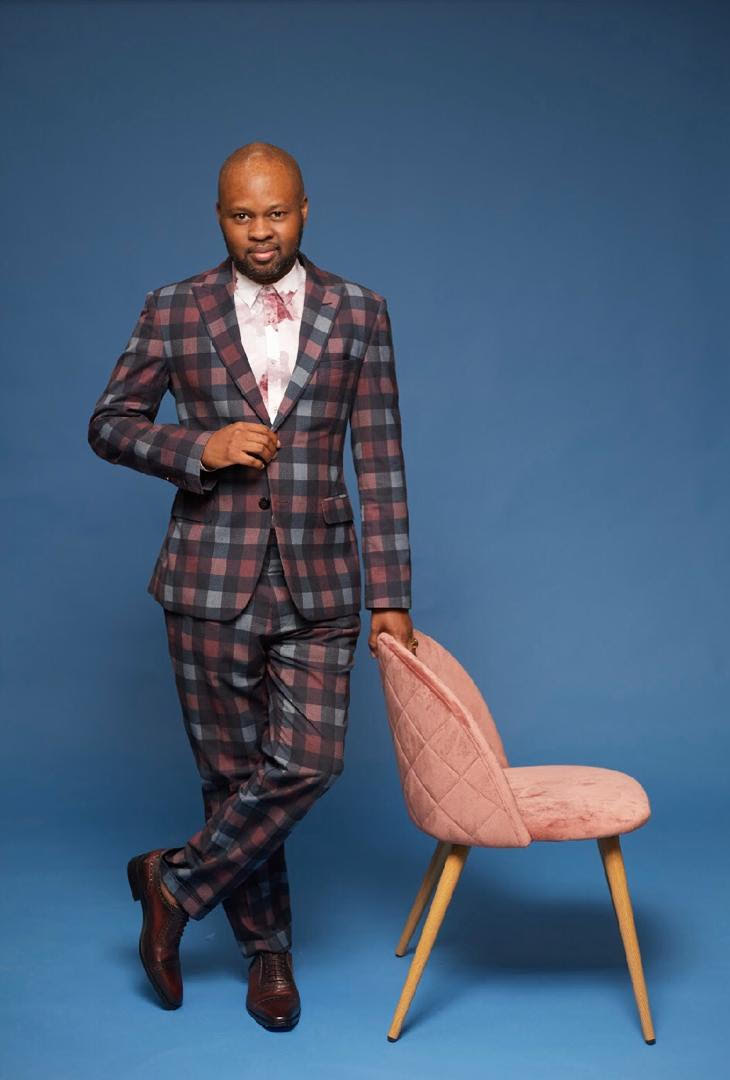 And from your first job?

While in college, I got a job where I was paid a stipend but with a promise of a big pay day if I met certain targets. I worked really hard to meet the target and when I did, I was surprised when I was not paid the bonus I was expecting. When I asked my bosses why I didn’t get paid, I was told it was because I did not meet a certain criterion, which I was not aware of. It was a criterion that I am sure my employers knew that I would not be able to meet as a student. I was very upset and quit the job immediately. The takeaway from that experience was to never take anything at face value.

Two or three things you have learnt in your career that are not taught in the classroom?

A lot of things but I will highlight the power of teamwork and self-discipline. These are crucial to success.

My father and older brother are the biggest influences in my life. Growing up, I thought my father was too rigid, but looking back today, I think he was always right. My father came from a polygamous background and he experienced a lot of “family politics” as a young boy. This created the mindset in him to always strive to be independent. In the process, he became very frugal and tried to pass on that culture to my siblings and me. I found this very frustrating at times. My brother had the effect of calming me down when I got frustrated.

I use music in my art to tell stories. However, to relax, I enjoy jazz and Afrobeat.

I am really more into audio books, especially auto-biographies because they not only talk about a person but an era.

So, what are you reading now?

I am reading a book on branding and marketing titled This is Marketing by Seth Godin. 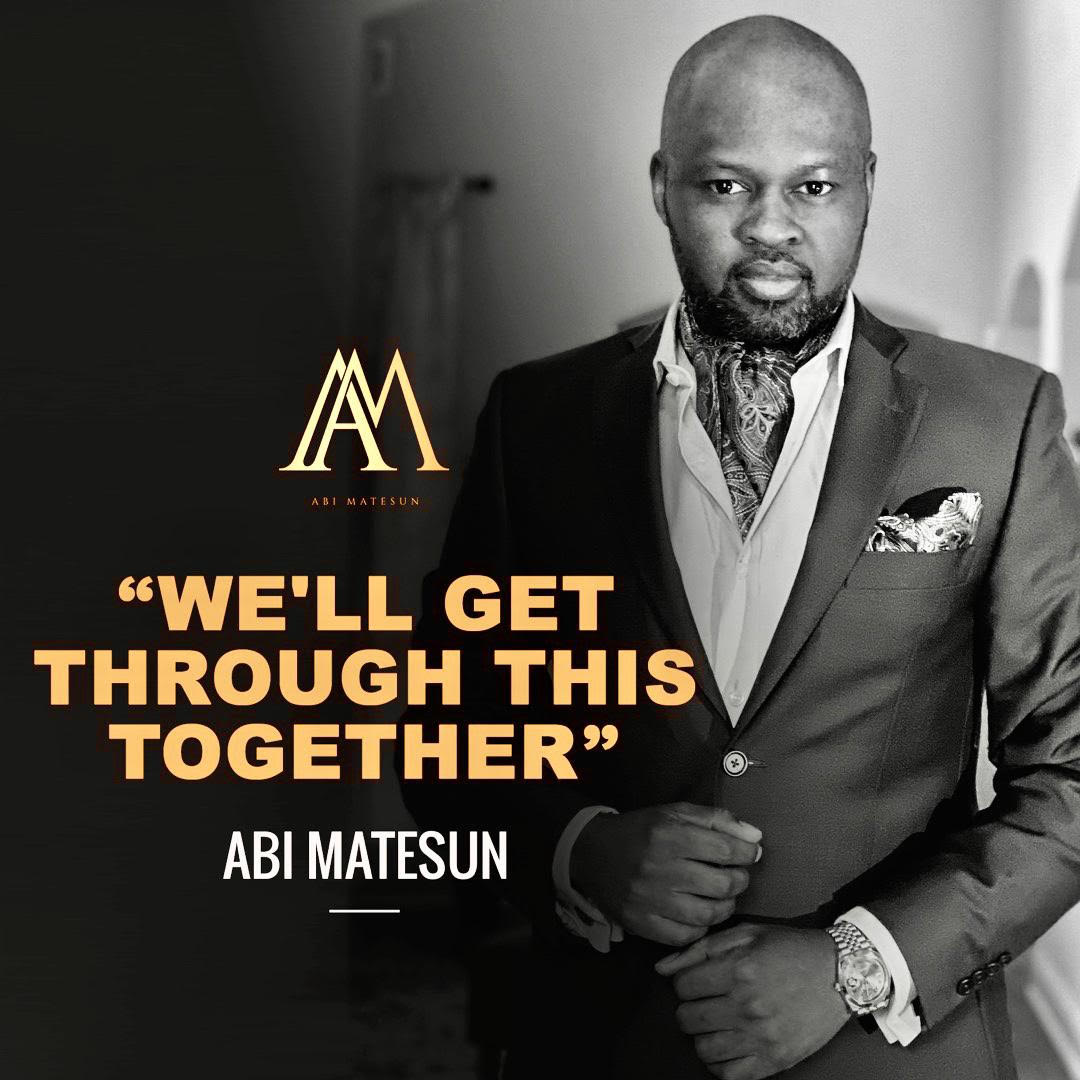 Who’s your best boss ever and why?

I haven’t had a lot of bosses because I have worked for myself for a long time. However, I will say my older brother has been a big influence because he has been a great sounding board for ideas over the years.

The economic impact of Covid-19 has highlighted the importance of philanthropy in Nigeria? What’s your view on helping the less fortunate?

I think it should be part of each person’s social responsibility. Even in the world of business, there’s a big focus on social responsibility as part of the business model. The truth is that the concept of the world as a global village includes the fact that whatever happens around you will eventually affect you. So it’s only wise to pay attention to the needs of the people in your circle of influence.

Do you think Covid-19 will significantly change attitudes to working from home?

I think so. I anticipate a major impact on the commercial real estate market as more people adopt this as a new way to work. About a decade ago, I had already perceived the value of the internet as the most valuable workspace. At the time, I shut down a studio I was running because I felt that it was no longer as valuable as it was previously. I think the Covid-19 virus has just made the internet even more valuable.

How do you see the Covid-19 outbreak impacting the motion picture industry?

Again, there have been trends that preceded Covid-19 that indicate a shift towards mobile platforms. This has been the case for the last 5 to 7 years. The mobile phone has brought content so much closer to the consumer and I only see this trend intensifying.

Two things you value the most in a candidate when hiring?

Passion and the willingness to learn.

What’s your favourite place to go in Nigeria and abroad?;

In Nigeria, I like Ibadan because it is nice and quiet. Abroad, I like Mexico. It’s close to where I live and it has great sights and beaches.

I like Dangote and UBA. They both represent great stories of entrepreneurship.

Any interest in sports?

I like tennis. I am a Federer fan. I also enjoy basketball but I am no longer as passionate about it as I was in the Michael Jordan era.

Philanthropy. There are some things that we are doing for some people that can never repay us but there’s great joy in given a mother the assurance that her children will be OK.

Who would you like to spend a holiday with?

The Queen of England. It will be a great opportunity to understand the strategy England had for Africa and find out how best to undo some of the negative things they have done.

If you found Buhari sitting next to you at a restaurant what would be your biggest policy ask?

Change his cabinet and offer the younger generation an opportunity to make things happen in a way that will allow him leave a legacy.

And for your sector?

I think he should educate himself on the power of the media in the history of countries. I hope it will help him appreciate how important the media is in advancing a nation.

Where do you see Nigeria in the next decade?

We need to learn some lessons from the West so we do not reinvent the wheel. For example, by painting a picture to the ordinary American, I believe that Hollywood has been responsible for creating the middle class in that country because it told the story of what is possible and caused many to aspire to experience a better life. If Nigeria can use the power of the media, I see us making significant progress. We have gone so far down, so there’s no way but up. I hope to see progress in improving infrastructure, education and other critical areas.

The Lunch Hour was over a zoom meeting because of the restrictions on public gathering due to the Covid-19 outbreak in Nigeria. 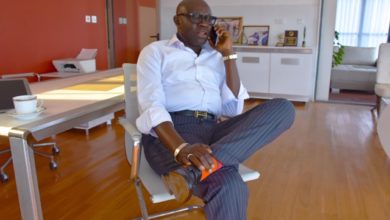 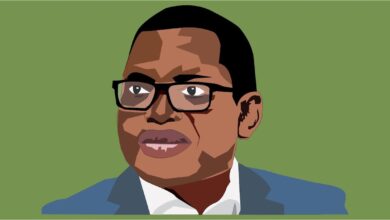 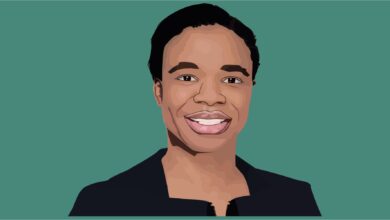 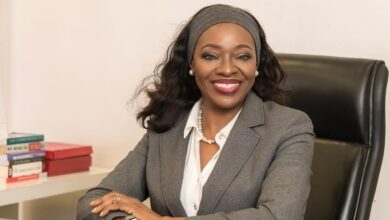