Essentially, an employer could terminate an employee’s employment at any time, for any or no reason at all. On the 17th of December, 2020 however, the National Industrial Court of Nigeria holden at Abuja delivered a landmark judgment in Bello v Ecobank, which turned the tides and completely changed the tenure of determining employments at will, or servant holding an office at pleasure, or master servant relationship type of employments in Nigeria.

When it comes to the determination of employment, the Common law provision was that he who hired could fire at will, in a master-servant relationship. Essentially, an employer could terminate an employee’s employment at any time, for any or no reason at all. On the 17th of December, 2020 however, the National Industrial Court of Nigeria holden at Abuja delivered a landmark judgment in Bello v Ecobank, which turned the tides and completely changed the tenure of determining employment at will, or servant holding an office at pleasure, or master-servant relationship type of employments in Nigeria.

Facts of the case

Mr. Bello (the Claimant) was employed by the now-defunct Oceanic Bank International Plc in 2006. After Oceanic Bank merged into Ecobank, he became an Ecobank employee, carried out his duties commendably and diligently, and was praised on several occasions by the defendant. In spite of this, he was not promoted to a position commensurate with the work he did for the defendant. During his employment, he was never involved in any disciplinary misconduct or misappropriation of finance of any kind. At one time, he was interviewed for the position of country Head, Segment, and Analysis. However, on the resumption of duty as Head of Segment and Analysis, his employer raised ethical issues regarding fraudulent activities in generating reports. Consequently and to his shock, on the 31st of January 2018, he received a letter terminating his employment without giving a reason for such termination.

Although the defendant (Ecobank) insisted it had only exercised its right to terminate the contract at will, Bello insisted that the termination was done wrongfully in a bid to victimize him. According to him, the issue of termination would not have arisen, if after he resumed work at his new office as the Head of Segment and Analysis, he did not raise certain issues of misconduct and fraudulent activities of some individuals in his Department. It was the act of raising issues of misconduct against some members of staff that triggered the disciplinary action carried out against him, whereby a query was issued to him, and he was suspended for one month without salary. Thereafter his appointment with the defendant was terminated without giving any reason. The Claimant contended that the termination was not only wrongful but spiteful, and geared towards destroying his career. He, therefore, asked for a reinstatement order, compensation for wrongful termination as well as damages.

Ecobank in its defence insisted that the claimant who was indeed employed in 2006 was never issued letters of commendations, was promoted from officer grade to senior banking officer in the course of his employment and was not found to be involved in any misrepresentation of finance while in the employment of the defendant. That he was successful at a job placement he applied for in the bank and was subsequently moved to the new role after he handed over his former role to his successor. Ecobank also contended that the contract of the claimant was determined in line with the terms and conditions of the contract of employment.  According to the bank (defendant), the claimant exited the service of the defendant under the rightsizing exercise carried out by the bank in January 2018 and his benefits and entitlements totaling the sum of N14,494,546.97 were duly paid to him. The termination of his employment was neither arbitrary nor was it wrongful but in line with his contract of employment with the defendant.

HE WHO HIRES CAN FIRE AT WILL WITHOUT GIVING REASONS

Generally, the law on termination of employment is that motive is irrelevant as long as the terms of the contract are complied with. This means that an employer can fire their employee for any or no reason so long the termination is done in line with their contract of employment. Now, this would affect contract-based employments as well as master-servant relationship type of employments. These two types often overlap as an employee employed at will would usually have the terms of employment reduced into a formal agreement and vice versa. When it comes to employment with a statutory flavour, however, the termination must be done in line with the provisions of the statute. Also, the court has no power to force an employee on an unwilling employer or foist an unwilling employee on an employer by an order of specific performance.

In this case, however, the claimant raised the issue of non-compliance with international best practices as enjoined by the International Labour Organisations. He made reference to section 254C of the Constitution of the Federal Republic Of Nigeria, 1999, (as amended) and Article 4 of the Termination of Employment Convention of 1982 No. 158 and contended that the termination of his contract of employment was done in breach of the international best practices in labour and industrial relation.

FIRING FOR NO REASON: A NEW SHERRIF IS IN TOWN

“The employment of a worker shall not be terminated unless there is a valid reason for such termination connected with the capacity or conduct of the worker or based on the operational requirements of the undertaking, establishment or service.”

This saw the court deviate from the general common law right of termination given to an employer to terminate their contract of employment with employees with or without giving reasons so long the terms and conditions of employment are complied with. The court decided that this trite provision which allows employers of labour to terminate for a good, bad, or no reason at all is no longer in tune with modern-day global law best practices. As such, any termination carried out on this old position is wrongful and illegal. Although the Defendant, in this case, claimed it had determined the Claimant’s employment as part of rightsizing activities carried out in the bank in 2018, the court held that this defence would not avail the defendant as the same reason was not contained in the letter of termination of employment. The court held as follows inter alia:

The Termination of Employment Convention of 1982, No. 158 and Recommendation 166 of ILO, have set standard to guide employer on termination and dismissal of employees from service. Therefore, to terminate or dismiss employee without giving justifiable reason will tantamount to unfair termination, more particularly when as in this case the employee was not found wanting in carrying out his duties. The requirement of valid justifiable reason for termination is a procedural safeguard to guard against mischief.

A careful examination of the factual situation giving rise to the claims of the claimant, the email messages tendered and admitted in evidence, it will readily show that the termination of claimant’s employment without valid justifiable reasons is totally in disregard of the international best practices as provided for in convention no. 158 of 1982 and recommendation 166 of the ILO.

Now, even though an employer has the right to terminate employment of employee, the employer must be satisfied that the servant has done something which is incompatible with the faithful discharge of his duty or has displayed conduct such that it would be injurious to the employer’s business to retain him, the employer may dismiss the servant: Maja v. Stocco (1968) 1 All NLR 141 at 151. The burden is on the employer to justify the termination or dismissal: see Arthur Walters v. Frank Harrison (1922) All NLR 73.

From the foregoing, a number of issues have been brought to the fore:

The Court, therefore, held that the termination of Mr. Bello’s employment by Ecobank is not in accordance with international best practices and therefore wrongful in law. The court went on to order specific performance by way of reinstatement of Mr. Bello to the employment of Ecobank. This is one case that will go a long way in curbing the excesses of employers by way of preventing wrongful terminations, and swinging the balance of proof towards employers who will now have to justify any termination carried out both at the point of termination and in evidence.

Written by MofOluwawoOluwapelumi Mojolaoluwa a legal practitioner based in Lagos, Nigeria. She can be reached at houseoflivingstones@gmail.com.

This article was first published in The Nigerian Lawyer. 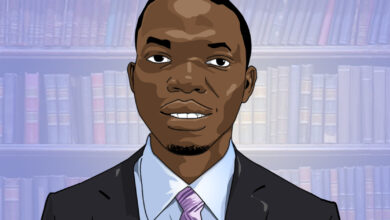 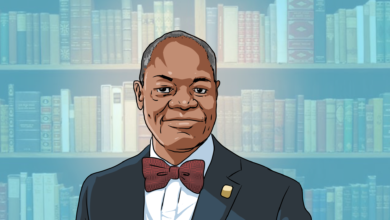 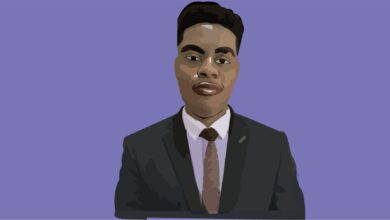