The UK accounting watchdog, the Financial Reporting Council (FRC), has criticized Deloitte, EY, KPMG, and PwC after they failed to hit a quality target for auditing company books.

The FRC said the sample of audits reviewed by the Big Four, including Grant Thornton and BDO, failed to meet a standard 90% overall target.

Only 75% of the sample of audits from among UK’s 350 top-listed companies for December 2017 met the 90% percent target overall as accountants failed to challenge information clients gave to them, the FRC adds.

At a time when the future of the audit sector is under the microscope, the latest audit quality results are not acceptable,” the FRC’s chief executive, Stephen Haddrill said.

Also in its criticism, the FRC singled out Grant Thornton’s audit quality inspection result. The regulator said Thornton’s results were “unacceptable” and has been accused of “very poor auditing quality” from about 45 percent of its audits.

The FRC added that PwC’s and KPMG’s inspection results were “unsatisfactory’’ and the firm would be subjected to greater scrutiny after it found that 39 percent of KPMG’s audits and 35 percent of PwC’s audits needed improvements.

In response to FRC’s discovery, PwC said: “We set high standards for our audit quality and are disappointed with these results, which we are committed to improving”

KPMG’s audit head Jon Holt said: “We believe audit quality is improving year on year and we will not be happy until we consistently achieve AQR scores which reflects that progress”

Grant Thornton said “Audit quality remains a priority for us, and we are encouraged by the indicative progress we have made over the past year in enhancing audits quality.

In recent years, the audit sector has come under attacks for its involvement in scandals and shoddy works.

In 2014, KPMG’s South African unit was embroiled in a scandal that led to the loss of a dozen of clients. The firm had failed to detect widespread corruption involving companies owned by the Gupta Family, after a thread of leaked emails, revealed how the family used its personal relationship with the immediate South African President, Jacob Zuma, to win government contracts and loot state coffers.

KPMG international launched an international investigation into the South African unit’s which led to the resignation of Eight partners in 2017.

In 2018, India’s stock market regulator banned PwC from auditing listed companies for two years after an investigation uncovered the collapse of Satyam Computer Services, which was revealed to have falsified its accounts.

In the UK, the big four firms were subjected to scrutiny from members of parliament following its advisory and audits work performed for Carillion, a construction company that went bankrupt in 2018.

EY had its fair share of criticism last month when Wirecard, a German payment processor and financial services provider filed for insolvency, a state of economic distress, following the discovery of a $2 billion hole in its accounts—audited by EY.

Analysts have raised questions over how the company’s auditor, EY, could have missed the accounting irregularities for long and led to fresh scrutiny of the sector.

In response to the widespread scandals and substandard work of the audit sector, UK’s lawmakers, last December, proposed radical reforms of the sector to rebuild public trust in the sector.

Jon Holt, the head of audit at KPMG UK, said that operational separation of the UK’s audit firms is “just the first step on the journey to restoring trust in the UK companies”

In a statement, PwC said: “We share the FRC’s objectives of improved quality and confidence in audit, market resilience and the continued attractiveness of the profession as a career, and are committed to playing our part.”

The UK’s FRC is like the Federal Government of Nigeria Parastatal, Financial Reporting Council (FRC), under the supervision of the Federal Ministry of Industry, Trade and Investment. 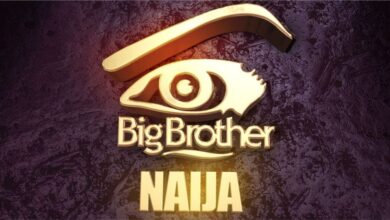 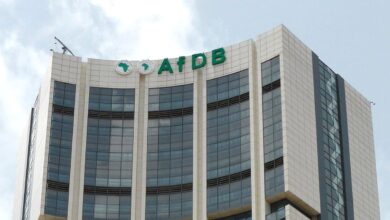 PPPs in Indonesia are gaining momentum; these 5 steps were key