It all began with a historic theft in 1897.  As part of their crusade for imperial conquest, British forces invaded the Kingdom of Benin in a bloody expedition. They tore down the city and carted away several works of art made since the 13th Century, with bronze and ivory, for the royal palace. The ancient Binis used these masterpieces in rituals and as objects documenting history; they did not regard them as artworks created to be merely admired for their beauty or their creators’ craftmanship. The celebrated Nigerian artist, himself a Bini who draws on his culture’s visual motifs, Victor Ehikhamenor, said, “The works are not supposed to be behind glass…just because the Europeans have put them in museums doesn’t mean that’s the only answer.”

One of the artworks looted in 1897 is the royal ancestral heirloom known as Okukor, a bronze statue of a cockerel. The statue thus became British property. While in England, it was exchanged between unknown hands until 1905, when a private art collector donated it to his son’s school, Jesus College, Cambridge (the University of Cambridge is made up of 31 independent colleges). Now Jesus College has announced plans to return the Okukor to its original home, 122 years after it left the country’s shores.

This move is part of a historical-cum-cultural #MeToo that has involved Western cultural and academic institutions reassessing how they may have gained from the slave trade or colonialism and making restitution wherever possible.

Just last year, Emmanuel Macron oversaw the return of 26 works of art from French museums to their ancestral origin—Benin Kingdom. While this appears commendable, the impending return of the Okukor from Jesus College, Cambridge to the Oba’s palace in Benin has triggered a debate among Nigerians.

Some commentators think the Okukor should stay in Jesus College because the security of such a highly-prized artwork cannot be guaranteed in Nigeria, noting that in the early 1990s, Nigerian museum workers actively fed the international illegal artifact trade with ancient artworks under their care. Some members of Nigerian royal families have also been caught trying to export priceless artifacts. Have Nigerians become richer, less corrupt or more honest for it to be assumed that a sudden inflow of priceless artworks released by Western guilt will not trigger a hot black-market trade? The works can be seen and studied by Nigerians and the world in the Western museums where they are preserved: they would forever be seen only by a handful of billionaires and a few friends and family members if they are stolen and sold in the black market.

There are two strands to the opposing view. One stands in the middle of the two absolutist points of the divide: Remain vs Leave. Mr. Patrick Okigbo, President of the policy consultancy, Nextier Advisory, broadens the argument. He noted that the Okukor is not being returned to faceless Nigerian bureaucrats but to the original owners, i.e. the Benin Palace. He also commented that Nigeria is developing a robust system of private galleries (out of which Yemisi Shyllon Museum at the Pan African University which “is run by serious-minded people” stands out).

The Remain extremists counter that the return of multi-million-dollar artifacts to Nigeria will attract international criminals that Nigeria’s private gallery system is not equipped to deal with. Moreover, the Nigerian security apparatus (Police, Immigration, Customs, NSCDC, Palace Guards, SARS, Vigilante etc.) will readily and willingly agree to be overwhelmed by the extremely wealthy international illegal artifact dealers. They ask, how can any institution in a nation whose youth say (even if it’s just as playful social media memes) that if the British are coming back to start taking slaves to the New World again, they would prepare, “make dem no say chain don finish” be trusted to safeguard multimillion-dollar artworks?

The Leave extremists, on the other hand, argue that the stolen artworks should be returned without any questions or qualifications because a thief should never enjoy the privilege of discussing the terms of returning the stolen items. Mr. Eyo Ekpo, former Attorney-General and gubernatorial candidate in Cross River State and Director, New Frontiers Development Limited, urged Nigerians to “reject the superiority complex implicit” in the concern over security. He stated that the Okukor “was stolen from the palace of the predecessor of the Oba of Benin”, it was not “carelessly lying around”.

Mr. Ekpo asked, “what is the basis for talking about anything other than returning them? What right does the successor of a thief have to refuse restitution?” In addition, he noted the corruption of the name, originally akukor, which then became okukor. For him, the British should not keep an object whose name they cannot even pronounce properly. Ehikhamenor the visual artist, a Leave extremist, argues that these objects hold spiritual significance and the Benin kingdom’s right to possession of them is not up for debate.

Both sides of the debate have put forward compelling arguments. But the nuanced position of the midway camp exemplified by the intervention of Mr. Okigbo of Nextier Advisory should be the one that Nigerians, on one hand, and Western governments and institutions, on the other, should follow. Returning stolen artifacts should be accompanied by a discussion and practical initiatives to safeguard the work for posterity. These masterpieces, though produced by ancient Benin masters, have become a prominent part of the cultural patrimony of the whole of humanity. They should never be returned just for the sake of returning them.

The debate over the possession of the items, while nuanced, does not put into context the safety of the items as it is ignored or insufficiently addressed by the second camp. Getting the artifacts back just might not be enough. Preserving them is what matters. After all, if there are no plans for preserving them for centuries to come, what is the point of the conversation? 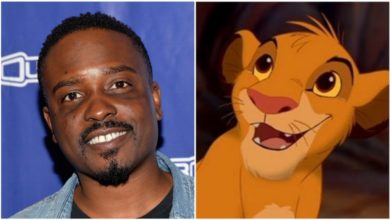 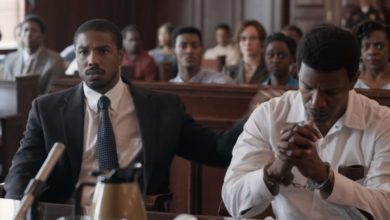 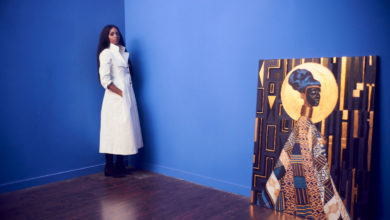 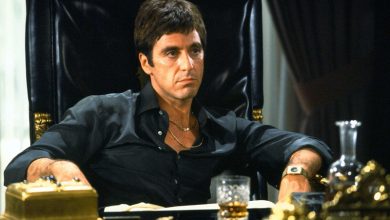 Luca Guadagnino Teams Up with the Coen Brothers for “Scarface” Remake