Implicit in the Minister’s reference to emerging market economies such as South Africa, Mexico, or Malaysia where growth declined by 17.1 in the second quarter (but only by 2.7% in Q3) is the idea that Nigerian policy interventions to limit the economic consequences of the pandemic have worked better.”

The Minister of Information and Culture, Alhaji Lai Mohammed, on Wednesday, claimed that the Nigerian economy is doing well compared to the economies of South Africa, Russia and other countries which are also in recession.

He pointed out that the second consecutive contraction in the Nigerian economy was inevitable due to the global collapse in oil prices occasioned by the new coronavirus pandemic.

Amid rising debt profile, unemployment, and headline inflation which rose for the 14th consecutive month (year-on-year) to 14.23 percent in October from 13.71 percent in September, the Nigerian economy has slipped into its second recession in five years.

This year’s recession, which came after two consecutive contractions in the quarterly gross domestic product, is the worst in 36 years as data obtained from the World Bank indicated that the country’s GDP dropped by 10.92 percent in 1983 and 1.2 percent in 1984.

The National Bureau of Statistics (NBS) in its report for the third quarter of 2020 released on Saturday, said the GDP, which is the most broadly accepted measure of economic output, shrank by 3.62 percent in the three months to September.

Appearing on NTA’s Good Morning Nigeria Show, Mohammed said the government is optimistic that with its intervention measures, the recession will be short-lived, an assurance also recently given by the Minister of Finance, Mrs. Zainab Ahmed.

In the words of Mohammed, “It is true we are in a recession. Recession comes when a country records two consecutive quarters of negative growths. But we must go beyond that to understand that despite that, our economy is still very well in circumstances.

“The main reason why we have entered into this recession is the oil sector. The oil sector recorded -13.89% and that is the worst in 14 quarters. Of course, it is easy to understand why; with the pandemic, there is a low demand for oil…but when you look at the non-oil sector which is about -2.51 % in Q3, it is far better than what it was in the Q2.

“Overall, yes, we are in a recession and it is inevitable but while our Q2 result was -6.1%, South Africa was -50% and as we speak today, Finland, Hungary, Spain, Mexico, Russia, Romania, Belgium, Austria have all fallen into recession.

“We are very confident that with the intervention policies, with the fiscal and monetary interventions the government has put in place, the recession will be short-lived,” he reiterated.

Implicit in the Minister’s reference to emerging market economies such as South Africa, Mexico, or Malaysia where growth declined by 17.1 in the second quarter (but only by 2.7% in Q3) is the idea that Nigerian policy interventions to limit the economic consequences of the pandemic have worked better. But a more plausible reason may be that the Nigerian economy is largely informal, having thousands of small firms that have remained open for business.

Addressing the comparison with Malaysia, Dr. Ayo Teriba CEO of Economic Associates explains that the differences in the severity of the pandemic have little to do with the structure of the respective economies. Dr. Teriba explained that “Trade is about 50% of Nigerian GDP while agriculture is about 20% but this is not why growth in Nigeria has not declined as much as in Malaysia.

“The reason is the greater extent to which a country like Malaysia or Mexico produce for exports while Nigerian products and services are consumed in Nigeria. Our telecoms services which is a significant portion of GDP are consumed within Nigeria,” he said.

Dr. Teriba further explained that Nigeria has suffered only from local lockdown while countries that export more have suffered from the local lockdown and the lockdown in their export markets and thus from the broken links in global trade.”

“Before making such a comparison, it’s important to consider the strengths of an economy,” said Thelma Obiakor, an economist and research fellow at Center for the Study of the Economies in Africa (CSEA). “Generally, exports-driven economies will see greater contraction and suffer more from international lockdowns than one which produces mainly for domestic consumption.” 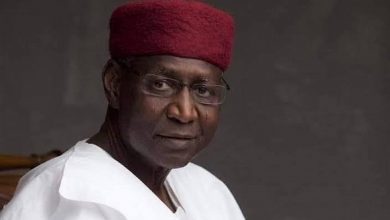 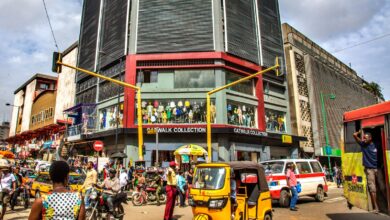 Nigerians are learning to buy now and pay later 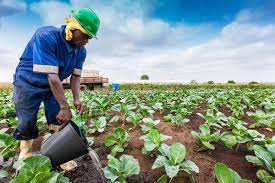