Usman Oyebamiji is a recent graduate of the Willy Brandt School of Public Policy where he obtained a masters’ degree with a major focus in International Political Economy. He was a former member of the economic team in a south eastern state in Nigeria. He also served as a member of the team that developed the visibility and communication strategy for the European Union Delegation in Nigeria.

“The country should not be subjected to picking between Buhari and Atiku anymore- even though one seems to have a better idea of the happenings around him than the other”.

How old are you?

I am 34 years old. That makes me an elder among the youths. Right?

Have you ever voted?

Yes. Consistently except in 2015 when I was far away from where I registered to vote and in 2019 when I was even farther away. Coincidentally, those two elections got us the present crop of leaders we have.

Do you think #EndSARS campaign has awoken the youth to their political power?

Yes, because of course citizens are genuinely concerned and for the first time, we had something closer to a real situation where citizens particularly the youths made demands, and leaders were forced to act on it almost immediately.

No, because the campaign was/ is sectional. There was nothing like #EndSARS protest in the core Northern states- perhaps SARS does not wreak havoc over there. It must be said though that joining in the palliative grab makes them an accomplice in some ways. To the Northerners, the campaign might seem politically motivated, i.e. targeted at President Buhari. Also, the next general election is more than two years away. That is long enough for all the awareness created by this campaign to be eroded and for citizens to divide again along religious and ethnic lines. In fact, are we not seeing that already? Someone said he ordered the Igbos to unleash mayhem in Lagos. That led to the #YorubaRonu nonsense which emboldened some Yorubas asking Igbos to leave Lagos/ South West. The issue at Oyigbo in Rivers State too quickly turned ethnic. The gains of the #EndSARS may have even been lost before the end of the protests itself. And this would be the sad reality except if some people- everybody- keep reminding ourselves through constant communication through different channels. That might be the only way to keep the passion burning and deploy the built-up anger justifiably at the polls.

How do you think this power will be used as we approach the 2023 elections?

The best-case scenario is to have multiple platforms to maintain the momentum and keep giving the citizens ample reasons to believe in the project. This would be best done if there is some form of collaboration that produces a coherent policy direction that the citizens can use as a negotiating chip for the politicians who seek their support.

The worst-case scenario is to have politicians leverage the situation and turn citizens against each other through their divide and conquer strategy. It is already playing out where you have Governors and “leaders” (whoever made them that) from different regions going to pay homage in Abuja supporting what the government did to halt the protest. It was almost like they were pledging their alliance to the powers that be just to protect their own sociopolitical status.

It makes for a scary reality, but history suggests that the worst-case scenario seems more likely due to the continuous unwillingness of citizens, particularly emergent new politicians and leaders of various civil society movements, to sacrifice their egos and aspirations in order to collaborate.

What kind of candidates are you expecting for the presidency?

Some within the present core of politicians, but hopefully ones with a better comprehension of how things should work. The country should not be subjected to picking between Buhari and Atiku anymore- even though one seems to have a better idea of the happenings around him than the other. Some politicians, even if it is more through their words and less by their actions have demonstrated an ability to chart a better course for the country. Not ideal but the better situation might be to have one of those presumably smarter politicians commit to doing things that would foster economic development in the medium to long-term.

Will you vote for a PDP or an APC candidate?

Sure, if either of the party presents a fairly credible candidate with a coherent economic strategy. Let’s not deceive ourselves- no new face/ party would be able to penetrate the entire country politically within a few years. It is practically impossible. The idea then might be to move into these existing political parties in numbers the present crop of politicians would find intimidating. With that, I believe citizens can force the hand of these parties to build manifestoes that address the needs of the country and not just some random impracticable ideas that further enable corruption. The challenge is that politicians who can have bullion vans pull up into their private residence can buy some minds and creatively sow the seed of discord among the citizens.

Can you donate money to a political movement or party?

Of course, provided the handlers of the movement/ party can convince me it is not a vehicle for personal gain- either financially or politically.

Buhari promised N1 for $1, what key economic policy would you expect from the candidate or party in 2023?

Aggressive infrastructure deployment but only on projects that are economically viable. Might be controversial, but what is the logic behind borrowing money to build rail lines to cities with little to no immediate economic generating capacity? Politics? Good. Then you play smart politics by addressing the direct needs of the people and not just lump everybody into a box. There is a chapter in a book that discusses how China in the 1980s and 1990s committed a vast amount- to the tune of  85% of the budget- into the building and maintenance of infrastructure in the most economically viable cities across the country. Does that mean the rural areas were grossly neglected during that period? Yes. But at some point, those big cities got too expensive for some corporations and individuals, hence a gradual move to the other areas across the country. Such an idea might be complicated in Nigeria, but we can do something similar. Successive administrations keep budgeting money for some ragtag projects while maybe the most economically important road in Nigeria (Lagos/ Ibadan) can just not be completed. That road in particular seems demonic though, it perhaps cannot just be completed for some diabolical reasons I want to believe. But there is a need to identify such projects across the country that might and would generate the money being spent on it. And of course, consumers would have to PAY. 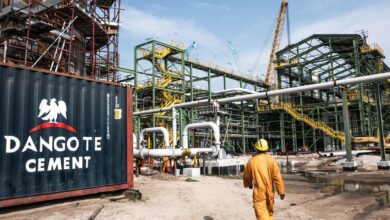 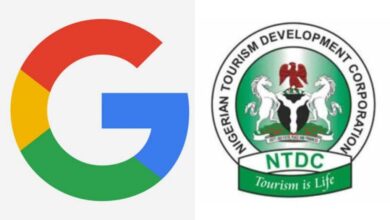 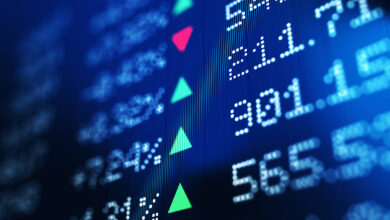