Egypt continues to reap rewards from a raft of economic reforms it took on four years ago. Faced with the country’s worst economic crisis in decades, President Abdel-Fattah Al-Sisi’s government in November 2016 signed an agreement with the International Monetary Fund to overhaul the ailing economy.

The Extended Fund Facility (EFF) program would see Egypt receive up to $12 billion loan over three years while it implemented reforms to address long-standing structural vulnerabilities in the economy, including an overvalued exchange rate, foreign exchange scarcity, a dramatic drop in foreign exchange reserves, large fiscal deficits and a high level of public debt.

One of the key measures of the reforms and criteria for accessing the funding was the liberalisation of the exchange rate regime with a view to boosting external competitiveness through a weaker currency, encourage foreign investors back to the country, and to end the currency black market, which was trading at double the price set by the Central Bank of Egypt.

The North African country unpegged the Egyptian Pound from the U.S. dollar, devaluing the local unit by 48% and allowing it to float for the first time in decades. What followed was a steep hike in prices, piling pressure on Al-Sisi’s handling of the economy. Prior to the reforms, the president had repeatedly urged Egyptians to rally behind him, arguing that there was no way out of the crisis unless Egyptians “endure and be patient.”

Four years later and the Egyptian Central Bank’s decision to float its currency has transformed the economy and is being felt in more ways than one. The country initially grappled with rising consumer prices in the wake of the currency devaluation but the inflation rate dropped over time as the impact started to subside.

As of October this year, the annual inflation rate stood at 4.5 percent. By contrast, the inflation rate in fellow oil economy Nigeria rose to over 14 percent in the same month.

Even amid the pandemic, the North African economy has reported significantly impressive figures across several economic indicators: unemployment rate decreased to 7.3 percent in Q3 2020, the lowest jobless rate since comparable data began in 2003; non-oil private sector PMI rose to 51.4 last month, the highest reading since December 2014, and Egypt remains the largest foreign direct recipient in Africa with $126.6 billion last year, according to UNCTAD’s 2020 World Investment Report.

After the first review of Egypt’s performance under the economic reform program, the IMF said Monday an agreement has been reached with the country on the assessment and upon approval by the Fund’s executive board in the coming weeks, an additional $1.6 billion in special drawing rights will be made available to Egypt.

According to Egypt’s finance minister Mohamed Maait, the country’s economic performance in light of the pandemic was praised by international institutions, including the Fund after economic indicators came in better than expected. Maait said the praise was repeated in the latest IMF report issued yesterday, after the first review meetings during the past two weeks as part of the extended credit preparedness agreement.

“The results will reflect positively on Egypt’s investment climate, especially in international and local finance and business, and will contribute to attracting more investment, providing new job opportunities, sustaining high growth rates for domestic products, reducing debt and deficit ratios, maximizing productive capacities and expanding the export base,” the report said, adding that “this will enable the state to increase spending and improve the standard of living, protecting vulnerable groups, and supporting sectors affected by the pandemic.”

The minister added that the historic economic reforms, the stability of financial and monetary policies, structural reforms carried out by the government, and the balanced financial policies supported by President El-Sisi made it easier for the Egyptian economy to confront the pandemic.

Meanwhile, Nigeria has always been at loggerheads with the IMF and World Bank over its reluctance to implement a flexible exchange rate. The country’s bid to secure a World Bank loan of $1.5 billion has stalled all year after the global bank expressed concerns over the country’s failure to meet the desired reforms to get access to the loan, a Reuters report said.

The IMF on the other hand approved the sum of $3.4 billion as emergency financial support for Nigeria in April at the height of coronavirus lockdowns globally but the Fund has always pressured Abuja to follow through with the unification of the multiple exchange rates.

While some devaluations of the local unit have occurred due to the pressure on foreign reserves caused by the pandemic, the government is reluctant to completely let go of its multiple exchange rates system, under which it allocates a significant portion of scarce foreign exchange to speculators rather than direct users who require forex for economic activities. 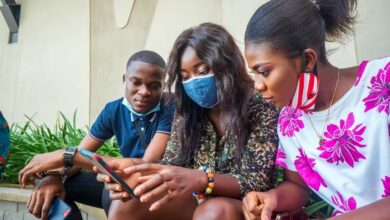 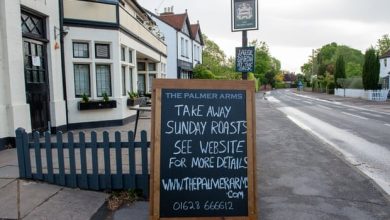