Peter Obi of the Labour Party has come out on top in yet another opinion poll examining voters’ intentions in the 2023 Nigerian presidential elections.

Relentless attacks over perceived ill-health and countless episodes of incoherent speeches may negatively have impacted the popularity of the APC candidate. Obi supporters gleefully have celebrated the incoherent speeches as evidence of old age and ill health.

According to the poll which was conducted by NexTier Development Foundation, 40.37% of voters in rural areas of Nigeria expressed a preference for Obi, as against 26.7% for Atiku Abubakar of the PDP, 20.47% for Bola Tinubu of the APC, and 5.16% for Rabiu Kwankwaso of the NNPP. This poll surveyed voters in rural communities across the 6 geopolitical zones in the country.

This poll pours more fuel on the ambition of Mr. Peter Obi who is running as the dark horse in this race. The poll is another in a series of opinion polls that have pitted Peter Obi as the most preferred candidate in the 2023 presidential election.

The poll surveyed respondents from rural communities in 12 states of the federation. According to Nextier Development, “rural communities” are townships without tertiary educational institutions.

This poll comes as the latest in the series of polls that have shown Peter Obi to be the most preferred presidential candidate. According to an opinion poll conducted in September by We2Geda Foundation among 15,438 registered voters, Peter Obi was preferred by 51%, followed by Atiku Abubakar with 25%, and Bola Tinubu with 19%.

Also Read: Unprepared: Could Peter Obi Turn Out To Be Another Buhari?

ANAP Foundation’s NOI polls found that Peter Obi was preferred by 21% of the sampled voters, ahead of Bola Tinubu and Atiku Abubakar who each received 13%.

With less than 100 days till the Presidential Elections, Nigerians are waiting to see what surprises the candidates could spring. Nigeria’s 2023 election is unprecedented as the country has not seen a strong third force since the return to democracy in 1999.

Considering all the issues the country faces, it is evident that the next Nigerian president will have a lot to deal with.

The credibility of earlier polls that put the Labour Party candidate ahead of the pack of candidates have been called into question because they overwhelmingly relied on young urban voters amongst whom Peter Obi is very popular. Fitch Ratings Polling released in early October has the APC candidate, Ahmed Tinubu as the most likely winner of the 2023 presidential elections.

The Fitch team explained that earlier polls had overestimated the support for Peter Obi because they “were mostly based on responses gathered online” while quoting World Bank figures which put the percentage of Nigerians who use the internet at 36%.  Indeed, critics dismiss Peter Obi’s support base as existing only on social media, i.e. not the overwhelming majority of Nigerians who actually go out to vote and deliver elections for political parties.

The NexTier poll suggests that Peter Obi not only has support amongst the category of Nigerians that commentators venerate as the “real voters”. It also suggests that the Labour Party candidate may be racing ahead of the candidates of Nigeria’s two dominant political parties, the APC and the PDP in garnering support amongst Nigeria’s “real voters”.

Relentless attacks over perceived ill-health and countless episodes of incoherent speeches may negatively have impacted the popularity of the APC candidate. Obi supporters gleefully have celebrated the incoherent speeches as evidence of old age and ill health.

It is impossible to argue that the NexTier poll is not evidence of a higher level of support for Peter Obi than previously assumed. But opponents may still quibble about how truly “rural” the “rural communities” in which NexTier conducted the poll are if Nigerians with “high education attainment” could be found in the communities. (It is not clear what percentage of the respondents could be classified as having high education attainment).

About 47% of Nigerians live in rural areas. Nigerian elections are decided by winning in rural communities and vast urban areas where the majority of voters who are less educated and less affluent voters than the bedrock of Mr. Obi’s supporters reside.  Atiku Abubakar and Bola Tinubu lead Peter Obi in the NexTier poll amongst uneducated Nigerians and those who did not reveal their education status across all regions. Anecdotal evidence suggests that poor urban youths are also obedient, a term that describes Nigerians who passionately support the Labour Party candidate.

Further Insights from the Poll

Some of the key insights from the poll include:

In the South-South, NexTier polled communities in Edo and Cross River.  Peter Obi led with about 67.3% of the polled respondents, followed by Atiku Abubakar with about 11.9%, and Bola Tinubu with about 10.7%. 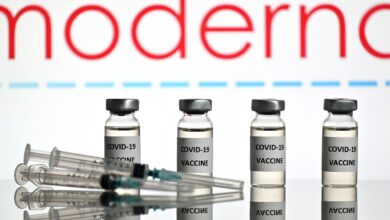 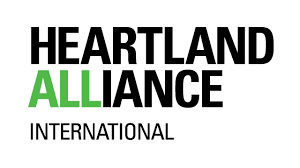 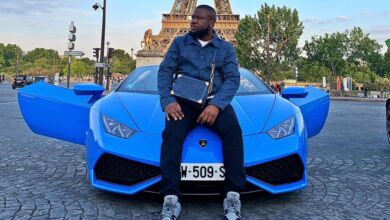 Hushpuppi Linked to Another Scam with N.Korean Hackers