Following its constitution some one-and-a-half years ago, the public expected much of the Doyin Salami-led Presidential Economic Advisory Council (PEAC). In part, this was because an economy, which was never at its peak was beginning to trawl new depths. This was long before the current general breakdown in domestic law and order. But even then, large portions of the electorate had begun to despair about the economic nous of the Buhari administration. It helped, therefore, that the PEAC comprised some of the more cerebral economists out of this country. Hope was that they would set the policy framework right. And the administration would but implement.

A few months after, not just has the macroeconomic space worsened. Policy responses across the different tiers of government have continued to be sub-optimal. So what did the PEAC bring to the table? Whatever it was, the council was loth to have fresh air or sunlight in on its workings or policy prescriptions. How much of current policy did it recommend? How much did it agree with? How much did it not welcome? No one outside the inner circle of government appeared to know. And about much else, the committee members notoriously kept shtum. Until, that is, a sorcerer’s apprentice apparently slipped, and leaked the committee’s report ahead of its 6th meeting with the president.

Now we know from reading the 33-slide PowerPoint presentation that, in advising the president, the committee may have been reprising most of the known knowns about the economy. It clearly places policy formulation at the fore and centre of the conversation around fixing the economy. Reforms required to deal with price discovery in the oil and gas sector, attract cross-sector investment into the country, and how to deal with the problem of rising food prices, play strong parts in this policy conversation, as just about any commentator off Main Street would tell you.

The committee addresses these needs. As it does two paradoxes, which it then leaves unresolved. Improvements in the economic outlook for advanced economies has gone hand in hand with moderation of the outlook for frontier and emerging ones. And it would seem that the state of the healthcare systems and competence of governments in these different economic groupings are key to unravelling this dilemma. The committee points out India’s unenviable role as the most egregious example of a government’s failure to anticipate and plan for the pandemic. But across South and Central America examples of this failure proliferate, as in South-East Asia, where caseloads continue to rise in Cambodia, Laos, Malaysia, and Thailand. Why are we not worried that we may tread this path soon?

The second incongruity follows on the question, “Why, despite buoyant commodity prices, including for crude oil our economy’s crown jewel, the balance on the gross external reserves is still scraping the bottom of the pan?” The opacity of our public policy space, a major drawback of investing in the “goodness” of individuals rather effective systems, clearly hurts the efficiency with which non-state business and commercial entities function. And the greater the threats to the economy, the more harmful this process.

How, then, would the return of inflation and interest rates in the West play to our now onerous debt burden? Already last week, US Treasury yields turned up, and Janet Yellen, US Treasury Secretary completed an ugly somersault around the direction of inflation policy in the country. Another “taper tantrum” will hurt, given how fragile the committee describes the state of the economy. And the vulnerabilities will not be borne by the growing ranks of the precariat alone. Frightful though this outcome already is. For that bit where the committee addresses the cost to savers of current monetary policy is the untold story around the progressive pauperisation of the lower ranks of the middle class, in order that the federal government may more cheaply finance debt that it has largely incurred to meet recurrent expenses.

The question on just about every Nigerian’s lip, that’s after conceding that “We can’t continue like this”, is “What needs to be done?”. If the PEAC’s opinion on this is worth anything, then we need first to fix the national addiction to crude oil export earnings. In which case, the current increase in commodity prices should be cause for concern. Question is, is our dependence on crude oil earnings, a major cause of the naira’s misalignment and the uncompetitive state of the local economy, more harmful than the multiple security challenges the country faces ― including the real and present threat of being overwhelmed by non-state actors? The problem with Nigeria as a project is that right now causal links travel every way. This undoubtedly complicates the task of governance. Where do we start to pick the furball apart from? But even with a hurdle that high, nothing explains or can justify successive government’s inability to pass the pesky Petroleum Industry Bill. 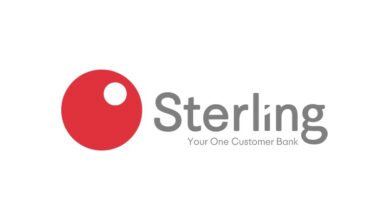 Sterling Bank To Restructure As HoldCo

The significance of the second quarter GDP numbers 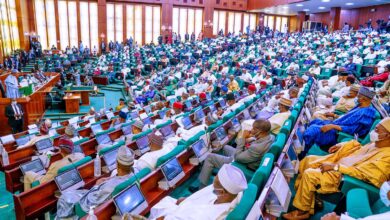 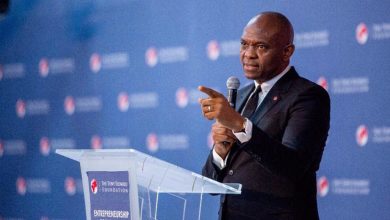 Tony Elumelu Turns Activist: Even the Billionaires Are Now Crying