Uncle Tom’s Cabin was a smashing success. It sold out its 5,000-copy print run in four days in 1852, with one newspaper declaring that “everybody has read it, is reading, or is about to read it”. Soon, 17 printing presses were running around the clock to keep up with demand. By the end of its first year in print, the book had sold more than 300,000 copies in the US alone, and another million in Great Britain. It went on to become the bestselling novel of the 19th century.

Before reading Uncle Tom’s Cabin, I only knew that Stowe’s novel had been credited with influencing the debate at the heart of the American civil war. I had an expensive education, but sadly I learned very little about black history at school; by my early 20s, only names such as Frederick Douglass or Harriet Tubman still rang a bell. All that changed when I discovered that Stowe’s novel was based on the life of a real man, named Josiah Henson, whose cabin in Ontario was just a few hours from my home.

As I walked the four-acre grounds and tiny museum, an astounding story unfolded. Henson was entertained at both Windsor Castle and the White House. He won a medal at the first World’s Fair, the Great Exhibition at the Crystal Palace in Hyde Park. The British prime minister Lord John Russell threw him a surprise banquet. The archbishop of Canterbury wept after hearing his story. Henson rescued 118 enslaved people, including his own brother, and helped build a 500-person freeman settlement, called Dawn, that was known as one of the final stops on the Underground Railroad. But before all this, he was brutally enslaved for more than 40 years.

And few people have heard of him. Henson has largely been lost to history. Every month, nearly 1.4 million people Google Abraham Lincoln, 228,000 look up Frederick Douglass, and 135,000 search for Confederate general Robert E Lee. Around 3,400 seek out Henson. But after I visited his cabin, I had to know more – so I set off on a 3,000-mile journey to retrace his footsteps from birth to freedom.

Henson was born near Port Tobacco, Maryland, around 1789. His first memory was of his father being whipped to the bone, having his ear cut off and being sold south – all as punishment for striking a white man who had attempted to rape his wife. He never saw his father again. Several years later, Henson was separated from his mother and sold to a child trafficker, but soon fell dangerously ill. The slave trader offered the boy to Henson’s mother’s owner, an alcoholic blacksmith named Isaac Riley, at a price he couldn’t refuse: free of charge if the boy died, some horseshoeing work if he survived.

Henson not only survived but rose to the position of farm overseer and Riley’s market man in the nation’s capital. There he rubbed shoulders with lawyers, businessmen and Methodist ministers, one of whom taught him how to preach and helped him fundraise to buy his freedom.

Today ‘Uncle Tom’ has a very derogatory meaning, due to its bastardisation at the hands of racist blackface playwrights

After receiving a $350 down payment on his emancipation – about three years’ wages for a white farm labourer – Riley swindled Henson by sending him to Kentucky to visit his brother Amos, who attempted to sell him south to New Orleans. Henson narrowly avoided that harsh fate through a highly providential twist of events: Riley’s nephew Amos Junior, the young man tasked with selling Henson, contracted malaria. Rather than letting the teenager die, Henson honourably loaded him on a steamship, then returned north.

In 1830, Henson escaped Kentucky by water on a moonless night. Travelling by night and sleeping by day, Henson, his wife and four children made the 600-mile journey to the Canadian border on foot, assisted in part by Quakers and Native Americans, but mostly by their own pluck. Upon reaching the Niagara River, a kindly Scottish captain paid to send the Henson family across. According to one edition of Henson’s autobiography, the captain asked if Henson would be a good man in his new land.

And indeed, the overarching theme of Henson’s story is the stewardship of freedom. Rather than using his prodigious business and oratory skills to simply build a comfortable life for himself, he agitated for equality of opportunity, smuggled friends and family to safety, planted churches, and defended himself against imprisonment after supporting families who sent sons to fight in the civil war. He embarked on a nearly 100-stop British speaking tour to raise funds for the cause. With the help of US American supporters and British Christian philanthropists, he constructed a settlement for African American refugees, fundraised for black social enterprises including a sawmill and brickworks, and even built a desegregated school, nearly a century before the end of Jim Crow in the 1960s.

Inspired in part by Henson’s story, Stowe penned her novel. The backlash came rapidly and rabidly; authors and columnists rushed to defend their romantic and chivalric southern ideals from this Yankee onslaught, arguing that Stowe’s writing was nothing more than sectarian propaganda.

In response, Stowe published A Key to Uncle Tom’s Cabin. In it, she named all the real people who inspired Mr Haley, George Harris, Eliza, Simon Legree, and the rest. As for Uncle Tom, Stowe wrote: “The character of Uncle Tom has been objected to as improbable; and yet the writer has received more confirmations of that character, and from a great variety of sources, than of any other in the book.” Laying out the inspiration for various scenes in Uncle Tom’s story, she declared: “A last instance parallel with that of Uncle Tom is to be found in the published memoirs of the venerable Josiah Henson … now pastor of the missionary settlement at Dawn, in Canada.”

Among all the readers of Stowe’s Key, there was one whose influence could not be overstated. According to the Library of Congress’s circulation records, Lincoln borrowed The Key to Uncle Tom’s Cabin on 16 June 1862, and returned it 43 days later, on 29 July. The dates correspond exactly to the time during which he drafted the Emancipation Proclamation. We may never know the degree to which Stowe influenced Lincoln, but it is clear that during the critical time, he had Henson’s story near at hand.

Henson’s story played a major role in Lincoln’s election as well. His Republican party distributed 100,000 copies of Uncle Tom’s Cabin during the presidential campaign of 1860, as a way to stir up anti-slavery support. Without the abolitionist press and Stowe’s book, it’s possible that Lincoln would not have garnered enough support to win. As fellow Republican US senator Charles Sumner declared: “Had there been no Uncle Tom’s Cabin, there would have been no Lincoln in the White House.”

Despite the fact that Henson played a pivotal role in world history, entrenched values are not easily uprooted. After Stowe published the Key and identified Henson, his supporters rebranded him “the real Uncle Tom”. It was a good thing, at the time. Today “Uncle Tom” has a very derogatory meaning, due to its bastardisation at the hands of racist blackface playwrights in the late 19th and early 20th centuries. The man who sacrificed himself to win freedom for others was turned into a subservient and cowardly slave who curries favour with the white man. In a cruel disfigurement of a fictional hero, humility became baboonery, martyrdom became traitorhood. For more than 40 years after his death, blackface Tom shows played within a half-mile of Henson’s grave. And within a generation, his story was nearly lost.

This is perhaps the greatest travesty of the white-centric narratives we are taught about our nations’ pasts, that a bona fide international hero can be erased because of the colour of his skin. Black history has been intentionally lost and destroyed, on a huge scale. There are certainly many more figures like Henson, but we don’t even know what we don’t know. Harper’s Magazine once estimated that the US owes more than $100 trillion in reparations for forced labour between 1619 and 1865. After slavery was abolished in the US, it continued overseas — there may be more people enslaved today than at any point in history — while other means of repression were quickly institutionalised to deal with the “black problem” in the US. Jim Crow tactics eventually failed, as will manufactured inequality, mass incarceration, and violence-based policing. But who knows what the future holds, in the age of AI superintelligence, algorithmic blockchains, and surveillance corporatism.

Henson died at 93 in Ontario, in 1883. Today, he has been consigned to obscurity. There are no riverfront statues of him, nor are there any parks, schools, or universities named in his honour. He is little-taught in British, American or Canadian history classrooms, nor has his story been portrayed on the big or small screen. But thankfully, Henson’s legacy continues through his descendants, who include Arctic explorer Matthew Henson, Oscar-nominated actor Taraji P Henson, and the hundreds-strong family reunion that takes place every summer, rotating between Michigan, Ontario, and Maryland. So long as the Henson family lives, there will be torchbearers to keep his story alive. It may take another 100 years before school children know the name Henson as readily as they do Lincoln and Washington – but as monuments to racism topple around the globe, they leave space for worthier replacements. 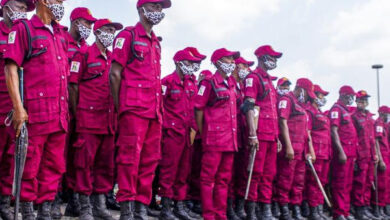 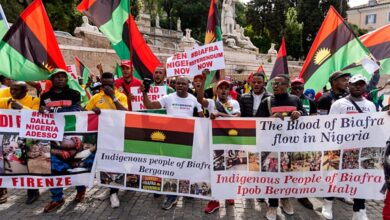 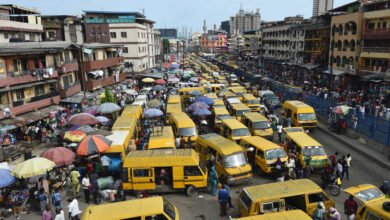 Ukraine: From Outcomes to Opportunities