All they want to do is play professionally, but for many young hopefuls from Africa their expensive journey to Turkey ends in exploitation.

For months, Yves Kibendo woke up every morning at 6am. He would leave his house in an ancient area of Istanbul, returning late in the evening, after working for 12 hours in a textile factory.

He was paid under the table, or sometimes not at all.

But Kibendo didn’t come from the Democratic Republic of the Congo to work long shifts in a factory, he came to play football. 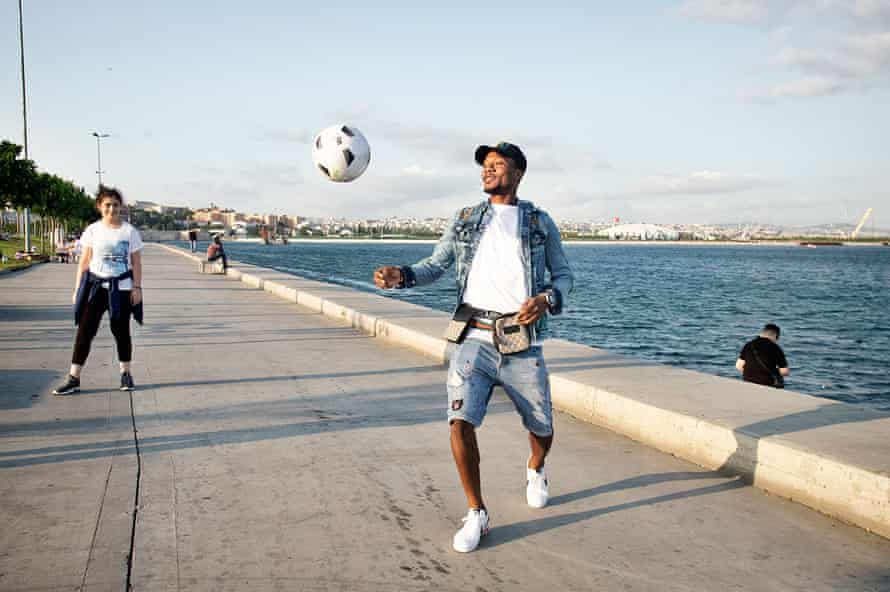 Fast and talented, Kibendo plays on the right wing. Hundreds of young African football players like him arrive in Turkey every year to seek their fortune. In many cases, intermediaries bring them with the promise of a trial at one of the big clubs in Istanbul. The players pay up to $5,000 (£3,800) for a “full package”, including visa, accommodation and contacts with talent scouts.

But many are left deeply disappointed. Shortly after Kibendo arrived in Turkey he found himself with an expired visa and none of the opportunities he had been promised.

Communities often invest all their money in these young people, hoping they will become rich and lift those at home out of misery. But in most cases these young men find themselves stranded soon after they arrive.

Sometimes there is no one waiting for them. In other cases, the trials are nothing but a show, with no real link to a football club. The young hopefuls find themselves alone, in a country they don’t know, whose language they don’t speak. None of them want to go back, having invested and risked so much just to get here.

Even when the “trial” does take place it is often a sham. The footballers are brought to small pitches on the outskirts of town to show their abilities. But actually there are no scouts to watch. After a few hours, it is all over. They are simply told they have missed their opportunity, even though no opportunity actually existed.

When their visa expires they are stranded and turn to Istanbul’s African communities for help. They are ready to do any kind of job just to survive. Many start working illegally in factories – mostly producing shoes and T-shirts – or selling fake watches and perfumes to tourists. They are vulnerable and often blackmailed by criminal gangs.

Julius Kugor has been fighting these scams for years. A former footballer, he is now a leading figure in the African community in Turkey and campaigns to stop the trafficking. “We have written many times to the Turkish embassies in African countries, but nothing has changed. The boys keep coming,” says Kugor.

To give these players an opportunity, a special “African Cup” was created 15 years ago by the African community in Istanbul. In 2005, only six countries took part. Now the tournament includes teams from 16 nations. The purpose is to raise the profile of the players. On the terraces of Istanbul’s small Feriköy stadium, agents and scouts from all over Turkey are joined by colleagues from Georgia, Azerbaijan, northern Cyprus and Bulgaria. They’re on the lookout for low-cost, talented players. At the end of the tournament, perhaps a dozen will find clubs.

Sani Gideon got his big chance this way. A 29-year-old Nigerian, who plays on the left wing, he is one of the few who has made it. Starting from this pitch in the suburbs, he ended up playing for Akhisarspor in the Süper Lig, Turkey’s first division. But at the beginning it was difficult for him. He spent months doing cleaning jobs that paid only a few pounds a day. But today his story is an inspiration for many younger players. Whenever he can Gideon comes back to where it started and helps as a trainer for the Nigerian team.

In recent years Turkey has become one of the major arrival points for migrants and refugees from the Middle East and central Asia. As well as the 3.6 million Syrians now living there with temporary protection status, hundreds of thousands of Afghans, Pakistanis and Iraqis have entered Turkey without legal documents. Faced with these figures, migration from Africa has not been at the top of the political agenda in Ankara.

Yasir Bodur, a sociologist at Istanbul Şehir University, is among the few academics to address this topic. For several years he has been researching the daily lives of these immigrants, with a focus on working conditions and social environment. According to Bodur, the lack of institutional support exposes them to the risk of exploitation.

“Football is a common passion helping to overcome the distances and open channels of dialogue with the Turkish population. But after the game, these guys still find themselves isolated from the local community,” says Bodur.

Jean Claude Effa’Aessi is a football agent from Cameroon who also works for Istanbul’s African Cup. Before the games, he reminds everyone of the spirit of the tournament: do your best, play fair, respect each other. “There are so many talented young players among these guys. I try to give them advice,” says Effa’Aessi.

Unfortunately, Kibendo could not find a team this year. Despite a stint as a professional player in Angola, he has had no luck in Turkey. Sometimes talent is not enough. Many clubs in lower divisions shy away from signing foreign players because of bureaucratic and financial difficulties. However, Kibendo doesn’t want to give up. “But this can’t be for ever. If I keep failing, I will be forced to look for a plan B, meaning I will try to get to Greece on a migrant boat,” he says. “Even though I know I would risk my life.” 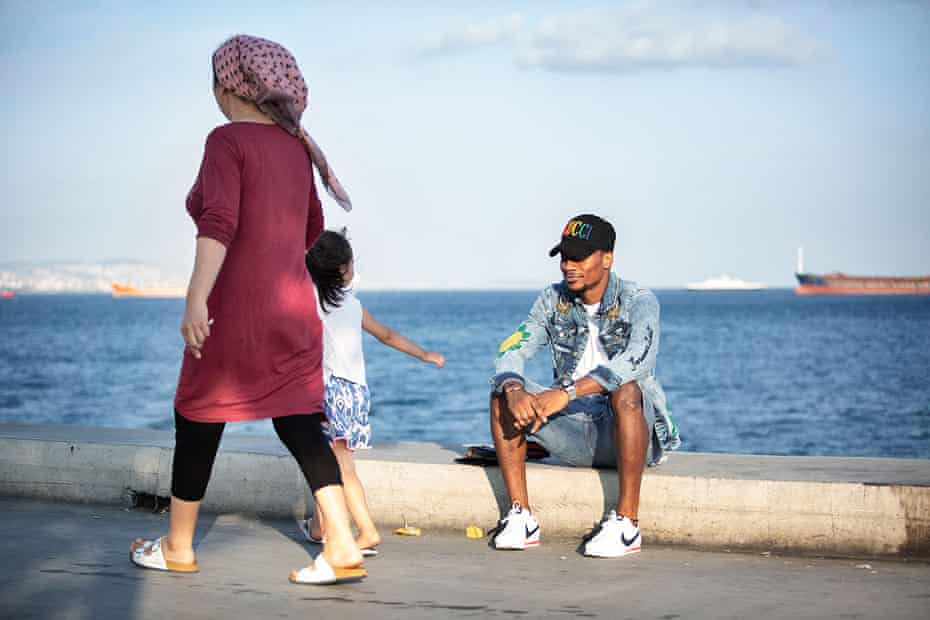 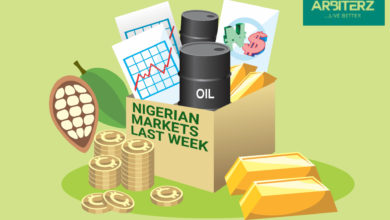 The significance of the second quarter GDP numbers 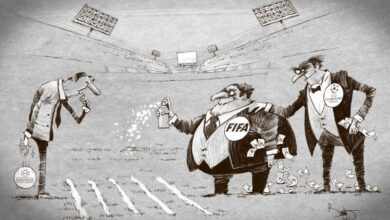