Meanwhile, African leaders have so far only welcomed news of the effective shots without obvious efforts to secure doses of candidate vaccines from Pfizer.

A breakthrough in the development of the coronavirus vaccine announced by BioNTech and Pfizer as well as similarly positive data on trials of another vaccine candidate from Moderna has raised hopes that an end to the new coronavirus pandemic, which has claimed more than 1.31 million lives worldwide, is near.

There is growing optimism that the world will soon exit the economically crippling pandemic with some experts predicting that life could begin to return to “normal” as soon as next spring, i.e. between March 20 and 21 June 2021 or later in winter of 2021, in spite of reports of a resurgence of the virus in Europe and America.

Huge challenges remain before a vaccine can be rolled out, however. Here are six things to know about how the highly anticipated new coronavirus vaccine would help the world find a way back to the pre-pandemic normal.

1. When will the vaccine be ready?

BioNTech and Pfizer must report two months of safety data for people in the trial before they can approach U.S. regulators for an emergency-use authorization. They expect to have gathered that by this week after which they could apply for the authorization, potentially this month.

After filing for the emergency authorization, U.S. regulators and other experts will examine the data and hold a hearing meant to increase public confidence. If approval is granted, then the vaccine is ready for widespread distribution and use.

BioNTech and Pfizer said in a press release on November 9 that their vaccine candidate had outperformed expectations in phase 3 trials, proving 90 percent effective in stopping people from contracting the virus. But crucial questions on the vaccine, such as its safety, efficacy, and durability, will only be answerable in the coming weeks and months.

BioNTech CEO Uğur Şahin has said further analysis should show that the two-dose vaccine is also effective in slowing transmission of the disease, but probably not by as much as 90 percent and only 50 percent. On its durability, the jab could be required “every year, every second year or every five years”, depending on the antibody response, Şahin said.

It’s not yet fully established if the vaccine offers different levels of protection to different age groups or works differently on people from different ethnic groups.

Reports indicate there are approximately 180 million doses left from an initial production run of 500 million doses planned, as governments globally moved swiftly to secure supply deals with Pfizer and BioNTech. The companies plan to manufacture up to 1.3 billion doses by the end of 2021.

Besides the development, testing, and approval of the vaccines, the logistics of packaging and transporting the millions of doses worldwide will be an arduous task.

Drugmakers have to tackle manufacturing problems and continue negotiating supply deals with governments to get their products across the world. But the main issue is storage – the Pfizer jab must be stored at a temperature of -80C or -94°F, which normal freezers can’t handle. That would make it tough and time-consuming to widely distribute.

The companies hope to deliver over 300 million doses of the vaccine around the world by April next year. But it could take more than a year to roll the vaccine out to all countries.

5. Which countries have secured supply deals?

Looking to exit the pandemic, governments are moving fast to close advance orders of several vaccines under development. The European Union last week agreed to buy up to 300 million doses of the BioNTech-Pfizer shots with deliveries expected to begin by the end of the year. German health minister Jens Spahn hopes to get 100 million doses of those.

The United Kingdom, which is exiting the EU, has been negotiating supply deals on its own and already placed orders for 40 million doses of the same vaccine. Brazil’s President Jair Bolsonaro and the Swiss government are also in negotiations with the makers.

Meanwhile, African leaders have so far only welcomed news of the effective shots without obvious efforts to secure doses of candidate vaccines from Pfizer.

6. Who gets the vaccine first?

If U.S. regulators grant approval, experts gathered by the Centers for Disease Control and Prevention will weigh in to decide who should get the vaccine first, reports say.

Distribution in the U.S. could commence in increments of 20 million doses per month as soon as late November, Health and Human Services Secretary Alex Azar has said.

Shots are expected to be “pre-positioned” at locations across the country, but health experts don’t expect a vaccination campaign to kick-start until December or early January 2021.

The Pfizer-BioNTech vaccine is just one of several in the final stages of testing, as drugmakers and research centers worldwide scramble to deliver a safe and effective vaccine. Besides Moderna, which reported 95 percent vaccine effectiveness yesterday, other front-runners include candidates from AstraZeneca and Johnson & Johnson. 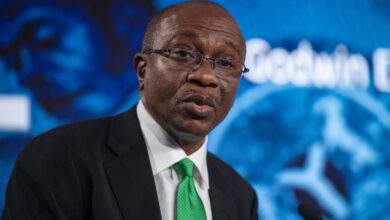 Emefiele: As Nigeria’s 37th Governor Seeks to Become the Next President 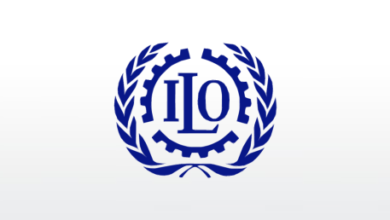 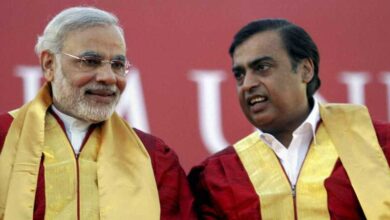