The Nigerian Immigration Service’s Passport Offices are always very busy places and they have remained so during the coronavirus pandemic. You are shuffled to different offices as part of the application process. All the immigration offices at one of the offices in Lagos all had face masks. But most of them wear the facemasks when they step out of their offices and promptly remove them once they return to their seats. Most of their offices are quite small and all have air conditioners. They attend to guests with less than half a meter separating them.

A lot of very good largescale studies are coming out now and are improving understanding of how the new coronavirus spreads. People rarely get infected by touching contaminated surfaces like counters in a bank or through fleeting encounters with friends and visitors in the corridors of a Nigeria’s Immigration Service Passport Office. Rather, the coronavirus infection more frequently occurs through the kind of face-to-face, person-to-person interactions the immigration officers have in their offices. The new coronavirus also spreads more easily in environments with closed windows and doors where the air circulates poorly and air conditioners recirculate the particles of the virus, like in the immigration service offices.

The Science: Saliva versus Aerosols

We all know that the new coronavirus could be easily spread through sneezing and coughing. You can feel the potentially dangerous liquid land on you. People can also splash liquid on you when they talk loudly. But even breathing and talking at low tones emit extremely tiny bits of liquid called aerosols which are about a 1,000th the size of a strand of hair. Larger emissions of respiratory liquids fall to the ground or land on surfaces quickly but the smaller aerosols float in the air for as long as three hours. Scientists have calculated that someone speaking could release as much as 114 infectious doses of aerosols in one hour; this is far more dangerous if the speaker is within enclosed spaces like offices, shops and restaurants. Aerosols released through someone talking could be inhaled by others six feet away. But luckily the particles in aerosols are damaged as they leave the body; only 0.1% of them remain infectious.

The duration of the period of exposure is also an important factor.  As already mentioned, chances of infection are low through fleeting encounters. It would take about 15 minutes of hanging around an infected person to become infected  through breathing in aerosols ( or their making contact with the eyes or mouth). But of course infection can occur instantly through the release of large particles when an infected person sneezes or coughs.

How to Avoid Aerosols

The key change is to have in mind that avoiding liquids emitted from other people’s mouths is perhaps more important than washing hands.

Here are some tips on avoiding aerosols and infection at home, at work and in the shops:

The new coronavirus will be with us for a while.  Individuals and companies have a role to play in reducing its impact on our health and on the economy. Avoiding aerosols has been revealed as a critical tool in fighting the pandemic by academic research focusing on the patterns of infection over the last six months. Having the importance of avoiding aerosols always at the back of minds will make us very conscious of putting ourselves out of the way of all sorts of liquid emissions from people’s mouths. It’s still important to wipe high contact surfaces like door knobs in offices and other public places like banks and supermarkets and wash our hands when we touch them. But aerosols seem the  hidden enemy that is everywhere. Breathing in some of the aerosols released by another person is possible if the people around are less than 6 feet away.

Some researchers say the new coronavirus can also be transmitted through aerosols, or minuscule droplets that float in the air longer than large droplets. These aerosols can be directly inhaled.

Aerosolized virus from the patient’s breathing or speaking could have built up in the air over time and strong airflow from an air-conditioning unit on the wall may have helped recirculate the particles in the air, according to authors of the study, which hasn’t yet been peer-reviewed.

Another factor is prolonged exposure. That’s generally defined as 15 minutes or more of unprotected contact with someone less than 6 feet away, said John Brooks, the Centers for Disease Control and Prevention’s chief medical officer for the Covid-19 response. But that is only a rule of thumb, he cautioned. It could take much less time with a sneeze in the face or other intimate contact where a lot of respiratory droplets are emitted, he said.

There are many things you are told to do or to avoid like do not touch surfaces, constant handwashing, and all. They all seem easy but the most difficult to avoid are aerosols. With the recent surge in coronavirus infection, it is imperial to understand if the transmission of the virus can be airborne .Aerosols are polluted tiny solid particles or liquid droplets floating in the air created naturally (in the form of dust, mist, or fog) or through human activities. Although not scientifically proven, a portion of thousands of aerosols produced by individuals from talking, sneezing, and coughing can be major transmitting agents of coronavirus.

Staying in public in-door spaces like banks, restaurants, hospitals, schools, and religious centers can be extremely dangerous as aerosols live longer in air-conditioned environments. Researchers say a person standing and speaking in a room can release up to 114 infectious aerosols in one hour though viral particles in aerosols are damaged as only 0.1% of them are infectious. When a coronavirus leaves the body, it begins to die but it still lasts for almost 3 hours in the air. Breathing in some of the aerosols released by another person is possible if the people around are less than 6 feet away.  Recently in the US, a church in Sacremento county was linked to the infection of 71 people. In fact, the county’s public health director connected a third of the infections in the county to places of worship. Also, in China, an asymptomatic diner in a restaurant in Guangzhou was researched to have infected nine other people because the air-conditioners “blew the viral particles’ around the dining room, an evidence of aeorosol transmission.

There is a higher susceptibility to airborne coronavirus in-doors than outdoors. A research under review in China suggested that it is 20 times likelier to contract the virus indoors than outdoors. Another study pointed out that just one out of 314 outbreaks could be linked to outdoor contact. Bill Bryan, the undersecretary of the Department of Homeland Security in the United States said “our most striking observation till date is the powerful effect the solar light appears to have on killing the virus, both surfaces and in the air. We have also seen similar effect with both temperature and humidity as well, while increasing the temperature and humidity or both are general less favorable to the virus” 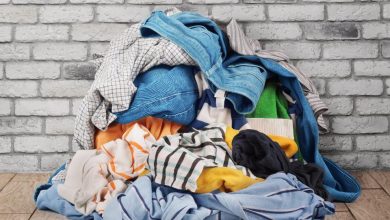 How Long Does COVID-19 Coronavirus Live On Clothes? How To Wash Them 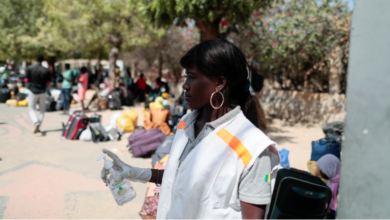 COVID-19 Response: Senegal is Second Best in the World, USA Near Bottom of the Table 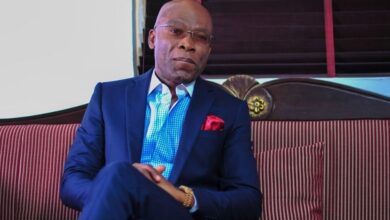 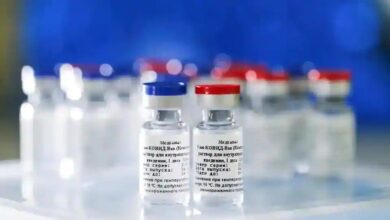 WHO Approves Rapid COVID-19 Tests That Give Results ‘In Minutes’