Since the coronavirus pandemic broke out, due to its impact on economy and livelihood, countries of the world are hoping to put the spectre of the disease behind them. Across the world, the people are waiting on pharmaceutical companies for drugs. It appears, however, that the wait may have to last a little longer.

On Tuesday, AstraZeneca said it has paused all clinical trials of the Covid-19 vaccine it is developing with Oxford university after a participant in the UK suffered a serious adverse reaction.

Since the pandemic broke out, pharmaceutical companies are moving at breakneck speed to deliver results from a large trial of Covid-19 vaccine. Until this week, AstraZeneca had been on track to become one of the first in the race.

The drugmaker voluntarily put the trial on hold after the discovery of the sick participant. It said it was working to review the new development to ensure it would not result in a significant delay to the study. There are reports that the White House has considered fast-tracking the company’s inoculation ahead of the US presidential election.

“As part of the ongoing randomised, controlled global trials of the Oxford coronavirus vaccine, our standard review process triggered a pause to vaccination to allow review of safety data,” a spokesman for the UK-based company said.

“This is a routine action which has to happen whenever there is a potentially unexplained illness in one of the trials, while it is investigated, ensuring we maintain the integrity of the trials,” he added.

“In large trials, illnesses will happen by chance but must be independently reviewed to check this carefully.”

There are concerns over politicization of the approval process, even though the pharmaceutical companies and the US Food and Drug Administration have insisted an inoculation would only be authorised based on evidential process.

AstraZeneca is commercialising the vaccine, created by researchers at Oxford university, under a deal signed earlier in the year. The drugmaker has begun manufacturing the jab before the trials are complete or the vaccine is approved, ostensibly in an effort to speed up the process.  The partnership has received more than $1bn in funding from the US Biomedical Advanced Research and Development Agency and is expected to deliver over 300m doses to the US government.

Meanwhile, the UK has also ordered 30m of the potential vaccine.

On Tuesday, Joe Biden, the Democratic presidential candidate, called on the Trump administration to ensure that “politics will play no role in the approval and distribution of a safe and effective Covid-19 vaccine”.

Although data from the vaccine’s earliest trial looked promising as it produced robust immune responses and mild side-effects, the new development sends a negative signal to the drugmaker and the public.

An infectious disease expert on the FDA’s vaccine advisory committee, Paul Offit, said the company would need to examine whether the side-effect could have been caused by an immune reaction to the vaccine, or the participant’s own medical history.

“When you give it to hundreds of people that may be all you see. But if you start to give it to thousands or tens of thousands, there may be people with a more robust immune response,” he explained.

On Tuesday, shares of the UK-based pharmaceutical company dropped by over 6 per cent in after-hours trading in New York, shortly after it was reported that the trial had to be stopped.

Clinical trials can be paused for a number of reasons, but in the most scrutinised vaccine development process ever, any sign of potentially negative side-effects could affect peoples’ expectation about the drug’s efficacy. And so even if AstraZeneca’s vaccine is eventually approved, worries over side-effects may still deter people from getting vaccinated. 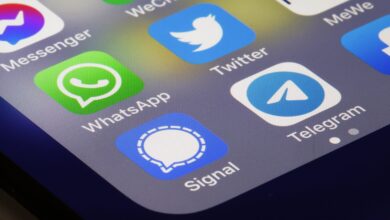 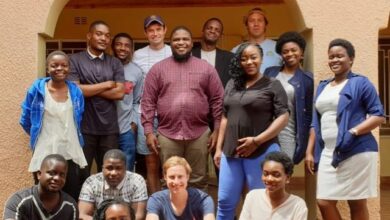 Abacha’s ruthlessness and the hospitality of his erstwhile victims 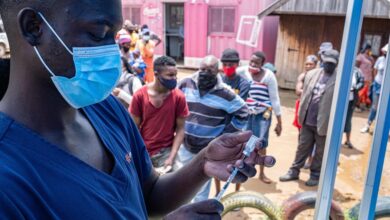