As fashionable office work becomes harder to find, more Nigerians are turning to the market for unskilled labour to survive. In Lagos, this new class of blue-collar workers includes graduates of polytechnics and universities who are employed as street sweepers. This Working Lives series talks to them about their past lives, their experience on the job, how they make ends meet and their aspirations.

Working Lives: The Street Sweeper Who Used to Be a Basic Science Teacher

When I was in Osun State I worked in a government primary schooI as a Basic Science teacher from  2009. I  was fortunate then because the Governor at the time employed NCE (National Certificate of Education) holders. But when former Governor Aregbesola came in 2011, NCE holders were withdrawn from schools and employed as street sweepers by the government.

I am from Ede in Osun State. But I was born in Ondo state, in a place called Oke-Ogbo. I grew up in Osun state.

When did you get to Lagos?

I came to Lagos in 2016. I came to Lagos because of my husband. We got married while I was still in Osun State. He moved to Lagos for a job opportunity. I moved with him.

What school did you attend and when did you leave school?

Tell me about your family?

My father and mother are both farmers in Osun State. They work on their own farm.

Where do you live/how much is the rent? What were you doing before you started working as a street sweeper?

When I was in Osun State I worked in a government primary schooI as a Basic Science teacher from  2009. I  was fortunate then because the Governor at the time employed NCE (National Certificate of Education) holders.  But when former Governor Aregbesola came in 2011, NCE holders were withdrawn from schools and employed as street sweepers by the government. I could not find another job so I took what the government offered. We were sweeping the express road in Ife.  I left for Lagos with my husband.   I tried my hands on starting a small-scale business when I got to Lagos. I was selling fried plantain chips, biscuit, and pure water.

How did you start work as a street sweeper?

I was listening to a radio programme when I heard the announcement that the Lagos State Government needed street sweepers. I applied, hoping I would get the job because I have an NCE qualification.

Did you go through some training before you could start the job?

We did a lot of training. For six months we attended several seminars where we learned hygiene procedures, including how to wear personal protective equipment (PPE). Luckily, just like others, I was posted close to my home. But this has changed after Ambode left. Now you are posted anywhere. They have disorganized everything. Most sweepers who live far away from work spend about N700 daily on transport out of a N25,000 salary. This is not fair.

When you get to work every morning, what is your daily routine like?

Every day, they assign us a portion to sweep. Once you are done sweeping your portion for the day, your supervisor comes around to inspect and that is it.

For how long have you been doing this job?

I have been working with Cleaner Lagos for almost 2 years now.

Is there promotion in this job?

There is no such thing. Everyone has the same responsibility. We are all equal.

On a normal working day, how many hours do you work?

Let me be frank with you, I do not have the best day on this job. As I am speaking to you, my back aches so badly.  This is from the stress of bending for so long to sweep. Even when it rains, I still work. They always provide raincoats for us when it rains.

How much are you paid?

How does a supervisor measure your daily task?

They always come around every day for inspection. It’s a problem when the supervisor arrives sometime after you have finished sweeping.  People would have thrown dirt on the ground again, and we ended up cleaning again for the second time before we could close for the day.

Yes, I have a bank account. I had to open one when I was about to start this job.

Ah! All savings belong to God. There is not so much available that permits me to save. My salary is never enough to carter for my needs

Any other job or business you would like to venture into?

Yes, there are other businesses I would like to venture into. As I speak to you, once I am done with my work for the day, I am going to where I am learning to sew. I look forward to being a fashion designer. I hope by the time I am done learning, God would have provided enough money so I can venture into it fully. 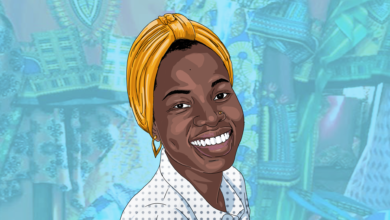 Working Lives: The Okrika Seller That Coronavirus Drove to Instagram 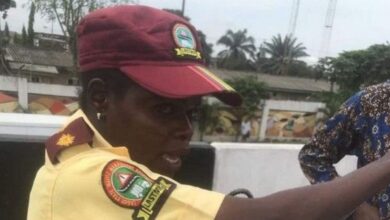 Working Lives: The LASTMA Officer Who Paid N80,000 to Get In 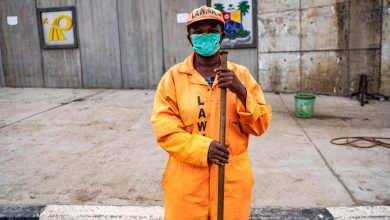 Working Lives: The Street Sweeper Whose Dad Is a University Lecturer 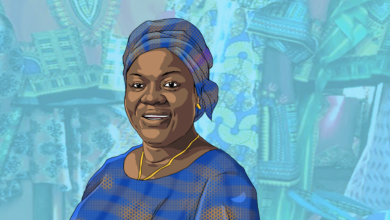 Working Lives: The Widower Okrika Seller with Two Kids in the University