I worked for a startup in California as a semi-conductor chip designer.  However, I was very bad at it and got fired after 3 months despite my efforts to learn and understand what I was to do. It was a very painful experience and I remember crying in front of my boss when we discussed my future at the company.

Tayo is the founder & Group CEO of Paga, a mobile payment company used by almost 15 million Nigerians to send and receive money on their phones. He worked as a Corporate Development Manager at Cisco Systems in California and later left to work in finance. His last job prior to founding Paga in 2009 was Vice President at Travant Capital Partners, a private equity fund in West Africa. A very active angel investor, he has a passion for helping entrepreneurs and big enterprises transform ideas into reality; he is a co-founder of Kairos Angels, an angel investment club. Paga was recognized in 2015 by the African Leadership Network as the continent’s outstanding growing company of the year. He is unrelenting in bringing affordable financial services to the masses in Nigeria, Paga’s first market, and other countries in Africa and Latin American countries. Tayo has a Master’s in Business Administration from the Graduate School of Business, Stanford University.

I was born and raised in Nigeria and went to the Nigerian Navy Secondary School in Lagos. I then travelled to the US and earned a degree in Electrical Engineering at the University of Southern California. I worked in the Los Angeles area during the dot com boom and bust cycle of the late 1990s and also a few years at Deloitte. I eventually earned an MBA at Stanford Business School. After that, I worked for Cisco in San Jose, California and then moved back to Nigeria and after working at a Private Equity firm for 6 months, I eventually decided to found Paga.

Hard work matters and hard work pays off. Also, when you don’t know something, don’t cram it. Ask someone to help you understand it.

Mum, I grew up in a single-parent family with 5 kids. After my mum left her government job she was an entrepreneur and I saw her navigate various business challenges. We had seasons of plenty and seasons when we didn’t have a whole lot. That taught me to be comfortable with what I have any time. We moved homes to Ipaja from Victoria Island and that exposed me to a range of people across the social strata which was great for me. I learnt resilience, not letting my current situation ever determine my future and that all human being are equally valuable.

From Stanford, it will be Joe Petersen. His class on Managing Growing Enterprises is something I feel I live every day.

I worked for a startup in California as a semi-conductor chip designer. However, I was very bad at it and got fired after 3 months despite my effort to learn and understand what I was to do. It was a very painful experience and I remember crying in front of my boss when we discussed my future at the company. In hindsight, I see now that I was really in over my head. This was the one area of electrical engineering that I struggled a bit with in college. The big lesson was doing what you are great at and continue getting better at it instead of investing your life in fixing your weaknesses. The other lesson was realizing that I wasn’t where I should be. Many years after, I actually called my former boss to thank him for firing me because if he did not, I probably would not have gone on my journey to Stanford and do many other things.

Hilton Romanski at Cisco. He cared about giving growth opportunities to those he worked with. He was approachable and was there to mentor and guide you whenever needed.

It is a wide variety. Everything from House to R&B, to dance, to worship. Growing up, I enjoyed Boyz II Men, the Jacksons, Whitney Houston etc.

I like fiction but I also read biographies from time to time. Last year, I read a fascinating one called Shoe Dog by Phil Knight, the founder of Nike. Michelle Obama’s memoir were also great reads. 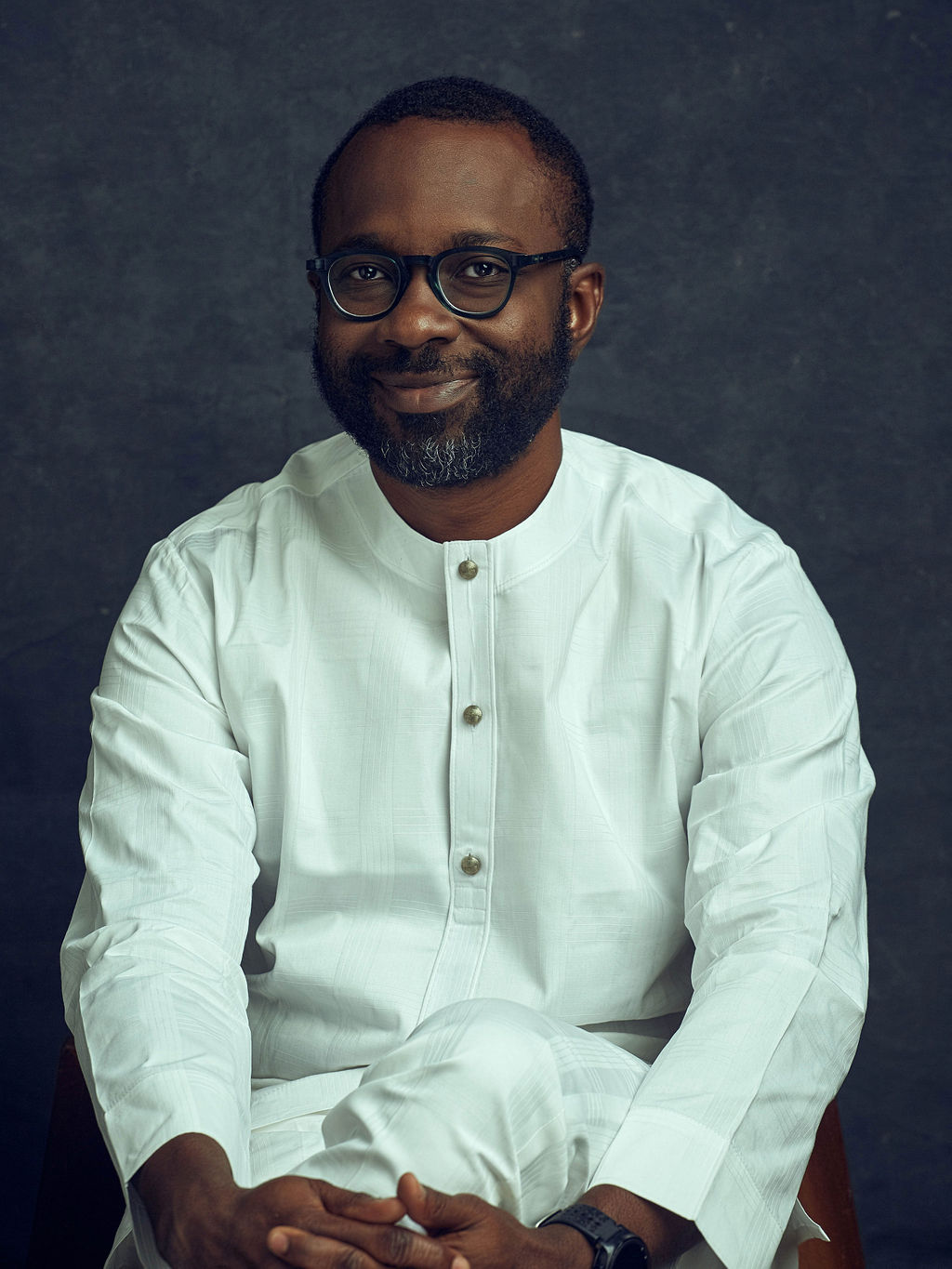 What is the most expensive fashion accessory you have spent on?

It will have to be wedding rings.

I would probably buy an Audi, but I like the idea of a Tesla as well.

Coffee is my thing. The brand I like is Noc. I see it taking over from Starbucks sometime soon.

What’s your take on wealth?

I barely think about wealth much because I don’t consider myself wealthy. But I see it as an opportunity to do more things that have impact on the world in a commercial way because I don’t really believe in aid. Solving large problems like education is something.

In terms of your ideology, are you more to the left, right or simply pragmatic?

I will say I am right of centre. I consider myself a Libertarian conservative. I think there is a place for the government to help the less fortunate. So, things like social security and healthcare are good. However, I am beginning to feel the idea of universal basic income where we share the income of the government in a pragmatic way and allowing everyone to choose how they want to receive and spend that income.

Someone to go on holiday with?

I very much enjoy going on holiday with my wife but, I will love a holiday with Barack Obama. He seems like someone I’d enjoy hanging out with and we can have a lot of wide-ranging discussions.

My Bachelor’s and Master’s degrees.

What are your indulgences?

I love to travel. The most beautiful place I have ever been to is Bhutan, a small country in the Himalayas. I also love Florence, Italy.

What would be your biggest policy ask from President Buhari?

Solve the problem of identity. We need every resident to have an identity card that is biometrically enabled. If India could do it in 3 years, there is no reason why we can’t do the same in Nigeria. Doing that will solve so many problems and unleash growth in several sectors of the economy.

I think we will continue to grow and have potential. Unless the price of oil goes down significantly, I don’t know if we have the political will to break the dependence on oil. I think we are going to see a lot of State Governments becoming innovative and depending less on the centre.

We need to be looking at countries that are like us in terms of our diversity because we need to navigate all that. So, we can look at a country like India and learn from how they have navigated their diversity. The only model from Singapore that is worth following is to ensure we hire good people in positions in government and pay them a proper salary so they are not incentivized to steal.

The Lunch Hour was:

On a couch somewhere in Victoria Island, Lagos. 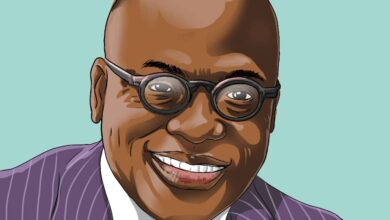 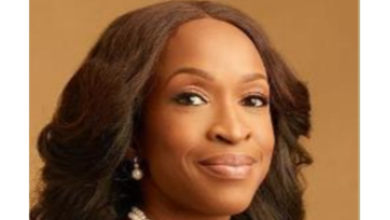 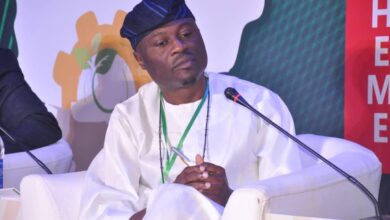 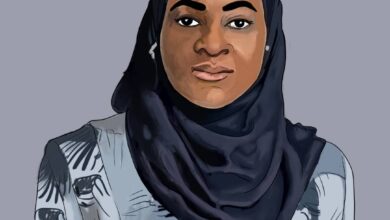