The giant Japanese lizard has become a Hollywood fixture in recent years, but it wasn’t always that way. In the west, until the mid-90s, Godzilla – or Gojira, as the purists would have it – was the preserve of supercool hipsters fixated on the rubber-suit kitsch of the original films. This all changed when Roland Emmerich got hold of it; it rivals his previous film, Independence Day, for turbocharged mayhem. Though it got pretty bad reviews at the time, it now looks like a presentiment of the trauma launched on New York on 9/11.

This is the second of the brace of bleak film noirs that the émigré director Fritz Lang made at the end of the second world war; the other, with the same main cast, was Woman in the Window. Edward G Robinson is the mild-mannered painter who gets turned inside out by grifters Joan Bennett and Dan Duryea. It’s a remake, amazingly, of an early Jean Renoir film called La Chienne, AKA The Bitch. While the Renoir is an early example of onscreen toxic masculinity, geared around the lead character’s humiliation by a prostitute, Lang’s is more mournful and self-hating in tone.

James Cameron’s follow-up to Terminator 2 hails from an era when nuclear weapons could be casually detonated as a second supporting climax, and less-than-sensitive portrayals of Middle Eastern ethnicity were no barrier to box-office success. But the basic idea – apparently boring guy is in fact a spy, who then snoops on and terrifies his wife after she contemplates hooking up with someone who is pretending to be a spy – is taken from the 1991 French film La Totale!, starring Thierry Lhermitte and Miou-Miou. The Cameron remake did wonders for Jamie Lee Curtis’s reputation for slinkiness, and showed that Arnold Schwarzenegger could in fact pull off sophisticated, grownup comedy. So a win all round.

Perhaps not a strict remake, but the second go at the 1949 memoir by nun-turned-Nazi-escapee Maria von Trapp, The Story of the Trapp Family Singers. A German film of the story, The Trapp Family, was released in 1956 to considerable success. That directly inspired the 1959 Broadway show, which replaced the Austrian folk songs of the film with Rodgers and Hammerstein numbers. Fast forward six years, and Julie Andrews is warbling that the hills are alive. A huge commercial success, it is the sixth highest grossing film of all time, after inflation is taken into account.

Terry Gilliam’s post-apocalyptic fable, which starred Bruce Willis and Madeleine Stowe and gave Brad Pitt an early eye-catching role, is arguably the director’s most accomplished film: a really meaty subject, dressed up with his customarily idiosyncratic design. It’s all a long way from its source material, the half-hour short La Jetée, by celebrated French avantgardist Chris Marker. That unspools as a sequence of black and white still pictures, accompanied by a ruminative voiceover.

Writer-director Steven Soderbergh seemed to be courting trouble with his attempt to re-do Andrei Tarkovsky’s 1972 masterwork; taking on a film of that stature is tough. Soderbergh said he was going back to the original novel, by the Polish writer Stanisław Lem. But the essentials of both films are the same: a psychologist, Kelvin, aboard a mission to investigate a mysterious, hallucination-inducing planet called Solaris, has to contend with the resurrection of painful memories including of his long-dead wife. Tarkovsky’s film is a languid, internalised meditation with an eye on the sublime; Soderbergh’s is trimmer and blunter, but just as moving in its way.

With its title borrowed from David Hockney, this is not a formal remake of Jacques Deray’s late-60s beautiful-people jealousy drama La Piscine (with Alain Delon, Romy Schneider and Jane Birkin). But the director, Luca Guadagnino, working from a script by David Kajganich, has taken the same basic elements – four people holed up together in a holiday home, a seething cauldron of desire, betrayal, murder – and made some impressive additions: Ralph Fiennes’ amazing frugging, Tilda Swinton’s near-silent performance and topical comment on Italy’s refugee crisis.

Clint Eastwood has never been hip, exactly, but there was a time when he exuded a sort of counter-culture credibility – and it’s largely down to this brilliant film from Sergio Leone, which introduced the idea of the “spaghetti western” to the world. As has been exhaustively documented, Dollars is in fact a key piece in a jigsaw of east-west cultural exchange: Leone had seen and was inspired by Akira Kurosawa’s 1961 swordsman picture Yojimbo, which itself had taken key ideas from Dashiell Hammett (notably The Glass Key and Red Harvest). Leone never acknowledged the films’ similarities, and later settled out of court with Kurosawa. But Fistful’s legacy lives on: not only in its sequels, For a Few Dollars More and The Good, the Bad and the Ugly, but also in spaghetti’s enduring influence via obsessives of the Tarantino persuasion.

Along with everything else, Billy Wilder was an amazing magpie of a film-maker: everything from news stories about kids in wells to Hungarian one-act plays were grist to the mill. This, possibly his greatest film, and arguably the finest comedy ever to come out of Hollywood, is a credited remake of a pre-war French film, Fanfare d’amour (AKA Fanfare of Love), with Fernand Gravey and Julien Carette in the roles later taken by Tony Curtis and Jack Lemmon. Wilder’s version, of course, benefited hugely from its comedy St Valentine’s Day massacre opening, Curtis’s Cary Grant impression and Marilyn Monroe at her va-va-voomiest. It also helped put the boot into the Hays Code, after it became a box-office hit despite being denied an approval certificate.

Culled from the Guardian 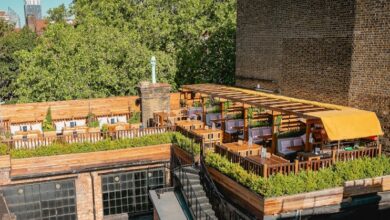 The Best New London Rooftop Bars to Visit this Summer 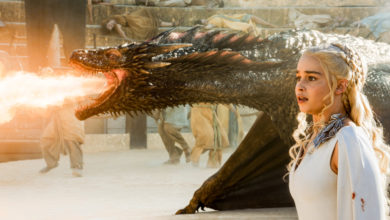 House of the Dragon: Everything we know about the Game of Thrones prequel 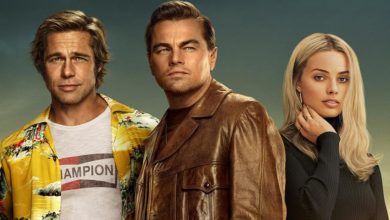 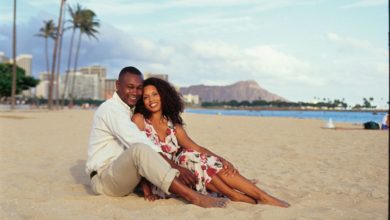