I’m sitting in the backseat of a Lexus SUV next to Chimamanda Ngozi Adichie, trying to find a polite way to ask the acclaimed author why she spends so much time giving speeches around the world instead of writing more novels. “I look at your Instagram feed and there’s Berlin, Spain, Poland…”

Before I can finish my roundabout question, Adichie rephrases it bluntly: “Why the hell can’t she sit her ass down and write? Because she wants to live!”

We’re driving across Lekki, an upmarket part of Lagos where Adichie lives, heading towards her favourite clothing boutique. Along the edge of the highway, people are waiting for buses or selling giant stacks of plantains.

Adichie, now 42, became famous in her late 20s for writing two intricately observed novels, “Purple Hibiscus” and “Half of a Yellow Sun”. The books tackled subjects Nigerian novelists rarely portray, from the daily life of the country’s middle-class, to the devastating Nigerian-Biafran civil war. Adichie’s third novel, “Americanah”, follows a young Nigerian who moves to Philadelphia. It’s both a thrilling love story and a dissection of race in America. Two actors, Lupita Nyong’o and Danai Gurira, are now adapting it for TV.

Though she has written short stories and essays, Adichie hasn’t published another novel since “Americanah” came out in 2013. In the interim she has become a globetrotting advocate for women’s rights. She’s such a phenomenon that her assistant recently warned that fraudsters were posing as her agent to collect speaking fees.

She has emerged as a style icon too, known for wearing striking outfits from Nigerian fashion designers (hashtags like #WearNigerian and #MadeinNigeria litter her Instagram feed). Today she’s dressed in an olive-green lamé shirt, black shorts decorated with red hearts and high-heeled blue mules. A bob of loose curls forms a suspended cloud around her head.

“I have a bit of a messiah complex,” she says, laughing at her own grandiosity. “I think there’s a part of me that really does want to save the world, myself, everyone.”

And the messiah, of course, must be well dressed.

Adichie’s desire to remake the world in her own image started early. She grew up in a middle-class family in Nsukka, a university town in south-eastern Nigeria. She was the fifth of six siblings in a boisterous, bookish home: her parents both worked at the university. And she was always interested in other people’s problems. “Of course, fixing them meant telling them what I thought they should do!” She was outraged by Nigeria’s sexist social norms and chafed at being told that she couldn’t do things – like be the class monitor – because she was a girl. She fantasised about becoming a priest.

But there were also times when Adichie would withdraw. “The whole family would be downstairs, talking and laughing…But at some point I would go to my dad’s study and start to write. I remember that as just something close to exquisite.”

Adichie published a book of poems while still at school, but then dutifully enrolled at the university in Nsukka to study medicine (she was voted “Best Dressed Girl”). Then she dropped out: like many middle-class Nigerians, she thought her prospects would be better if she studied abroad. She did a degree in political science in America, followed by a Master’s in creative writing and another in African studies.

In America she found both the time and distance to write about her homeland. As she was growing up, Adichie had gradually become aware that certain things were rarely discussed. Among them was the civil war of the late 1960s, when Igbo separatists tried to form their own state, called Biafra, but were crushed by the Nigerian army. Both of Adichie’s grandfathers died during the war; her mother had to beg for milk to feed her eldest brother.

Her first novel, “Purple Hibiscus”, which came out in 2003, discussed some of the silences closer to home. Three years later, at 29, she published a stunning saga set during the Biafran war, “Half of a Yellow Sun”, which won the Orange prize. Despite her success, Adichie struggled to be fully herself. In America she was made to feel that “you can’t care about appearance if you’re a serious intellectual”. In publicity shots she wore subdued clothing; in one photo from this time she’s almost unrecognisable in a plain black T-shirt.

When “Americanah” came out in 2013, critics received it as Adichie’s masterwork. She no longer felt obliged to recount the saga of a nation: she could describe the complicated inner life of a woman a lot like herself. It won the National Book Critics Circle Award, sold some 2m copies worldwide and cemented her position as a literary star. By this point Adichie was married, to a Nigerian doctor who worked in Baltimore (they had a daughter in 2015). Finally, Adichie had the confidence to be herself. And that meant dressing as she liked.

The car pulls up at Zinkata, a boutique that specialises in colourful creations by young Nigerian designers. Adichie starts a slow tour of the store, examining nearly every item. She likes clothes that are regal, inventive and sexy but not revealing. Her approach to shopping is refreshing. When I try on a dress that doesn’t fit me, I automatically assume there’s something wrong with my body. Adichie blames the dress.

It takes me a while to adjust to the flashy designs but when I see a swingy red dress by Gozel Green, a Nigerian brand started by twin sisters in 2010, I hear myself saying that I’d like to try it on. I’m rewarded by Adichie’s enthusiastic approval. “Please do, yes yes yes! I’m putting on some music. We’re getting into it!” she practically sings. “OK, you try this on and I’ll find something to try on.” I realise that a squad of women has formed around Adichie. All five of us – her manager, her assistant, two saleswomen and me – await her verdict on each outfit, and try to provoke her interest or laughter.

Adichie has become used to commanding attention. Just as “Americanah” came out, she delivered a TedX talk, “We Should All Be Feminists”, calling on women to embrace their ambition. It went viral. Dior made an $860 T-shirt with the slogan on it. An audio clip of Adichie featured in a Beyoncé song. A short book of the lecture was translated into 32 languages. Speaking invitations poured in.

All of which means that Adichie has plenty of opportunities to wear the show-stopping clothes she is now trying. We all murmur our approval at a floor length, red-and-green iridescent skirt by Abaya Lagos, a Nigerian label inspired by Arab and Asian designs. “I’m trying to imagine where, outside Nigeria, this would work.” “Tea with the Queen?” I joke. She gives me a withering look.

The idea isn’t so far-fetched. Adichie has been on stage with Hillary Clinton, and met Brigitte Macron. Michelle Obama inscribed Adichie’s copy of “Becoming” with “I look forward to working with you more in the years ahead.”

Adichie’s success has also attracted extraordinary attention in Nigeria. Some conservatives criticise her for keeping her maiden name, for expressing her anger, for writing about women enjoying sex and for exposing the country’s sores. But many other people, particularly women, revere her. In 2017 Adichie published another treatise on how to raise a girl, “Dear Ijeawele, or A Feminist Manifesto in Fifteen Suggestions”: don’t praise men for doing child care or the dishes; don’t call a little girl “princess”; be yourself. These are radical dictates in Nigeria, where a married woman needs a letter of consent from her husband to get a passport.

Adichie now splits her time between Baltimore and Lagos. And that necessitates a lot of wardrobe planning. She rejects a red, black and yellow-striped suit jacket from the mountain of clothes as “slightly an African cliché”, but considers a small back-zip vest with a red flap. When she tries a pair of parachute trousers by Fia Factory, a Nigerian label known for its unconventional designs, the shop falls silent. The trousers inexplicably billow open to reveal skin-tight biker-style shorts. “It just doesn’t make sense to me,” Adichie’s manager finally dares. This opposition seems to make Adichie double down. She concedes that the back might need to be sewn up, to avoid the hospital-gown effect, but chides her manager for not seeing the potential: “I like them because they’re strange. By the time I style these things, you will like it.”

As the “yes” pile accumulates, it’s clear that Adichie genuinely delights in dressing up, and sees this as part of what it means for her to be a feminist, a rebuke to the idea that women shouldn’t be loud or take up too much space. “When I like what I’m wearing, it means I feel like myself,” she says.

But searching for great outfits is a slow process: “I waste my time, online, looking at dresses, not finishing my novel.” This wisecrack is the first time Adichie mentions that she’s working on a new book (she won’t give any details). She admits that she travels, in part, to avoid having to sit down and struggle with writing fiction.

“How do I find the time? I don’t,” she says. “But it’s also that I’ve realised that I like both. Obviously literature is my first love, writing fiction is really the absolute love of my life. But there are times that it doesn’t go well. And those are the times when I then decide to say ‘yes’ to things so that I’m distracted.”

It’s past 7pm and we’ve been at the shop for more than three hours. The red swing dress makes me look like a dancing nurse but I find a ruffled, black-and-red printed shirt-dress for $100 that fits perfectly. Adichie buys the parachute trousers, the full skirt, a cocoon coat and enough other clothes to fill three large shopping bags. The messiah is definitely going to be well-dressed. 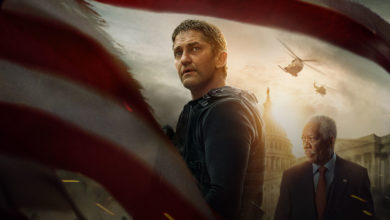 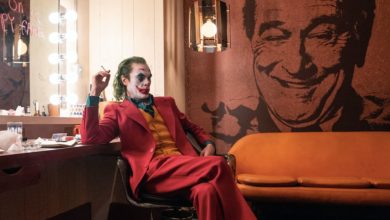 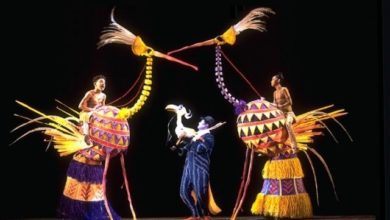 The Lion King: 20 Years of The Hit Musical in London