As President-Elect Joe Biden is getting set to restore Democratic presence in the White House, there is an atmosphere of significant transition not just in the United States but the world at large. Biden has already committed to re-instating many Obama-era policies overturned by Donald Trump — he has pledged to rejoin the Joint Comprehensive Plan of Action [JCPOA], the Paris Climate Agreement, and the World Health Organization while repairing strained relations with the United Nations, World Trade Organization and the North Atlantic Treaty Organization [NATO].

The world continues to speculate about what a post-Trump America would look like. However, despite losing the free and fair election, Trump appears to be doing everything in his power to make sure such an era never becomes a reality.

Such dictatorial tendencies are not unexpected from Trump. After all, this is someone who referred to himself as “President for Life” multiple times in the media and expressed his wishes of replicating the extended rule of China’s President Xi Jinping who infamously removed the term limit for the presidency during his tenure. Still, most disturbingly, Trump’s bid to hold on to power has gone beyond mere tweets. He has taken action.

On Friday, Biden took to Twitter to call for donations from the public to fund his presidential transition. While this is unprecedented, as taxpayers’ money is supposed to fund it, Biden explained that Trump was keeping his incoming administration from accessing the necessary finance to prepare for his transition. Head of the General Services Administration [GSA] Emily Murphy, a Trump appointee, is reportedly holding up funding by refusing to acknowledge Biden’s electoral victory.

Such behavior by the Trump administration has attracted the ire of the public, especially the Democratic Party. However, this time, many of his critics come from inside the Republican Party. Former GOP presidential candidate, Mitt Romney, who is one of the few long-term Trump detractors in the party, came out to denounce the president in a strongly worded tweet on Thursday night.

“Having failed to make even a plausible case of widespread fraud or conspiracy before any court of law, the president has now resorted to overt pressure on state and local officials to subvert the will of the people and overturn the election,” the Utah senator remarked.

According to Romney, it is “difficult to imagine a worse, more undemocratic action from a sitting American president.”

Romney is not alone. Trump’s former national security adviser, John Bolton, has accused the president of creating chaos in a bid to hold on to power.

“The real question is how much damage Trump can do before that happens. Right now, Trump is throwing rocks through windows, he is the political equivalent of a street rioter,” said the Republican diplomat.

Larry Hogan, a Republican governor said to Trump last weekend via a tweet, “If you had done your job, America’s governors wouldn’t have been forced to fend for themselves to find tests in the middle of a pandemic, as we successfully did in Maryland. Stop golfing and concede.” Believing that Trump’s antics give America a wrong image, Hogan told CNN that “we are beginning to look like a banana republic.”

While Trump has been ignoring the call-outs by his fellow Republicans, he has instead chosen to focus all his energy on legal proceedings that aim to review the results of the elections. But even that has only produced disastrous results.

The Trump campaign recently made a move to disenfranchise 7 million voters in Pennsylvania but this was blocked by Matthew Brann, a Republican judge who said, “This claim, like Frankenstein’s Monster, has been haphazardly stitched together from two distinct theories in an attempt to avoid controlling precedent.”

With the Republican heavyweights turning on him, Trump’s only allies appear to be his legal team and his team of sycophants who are afraid to lose their jobs. 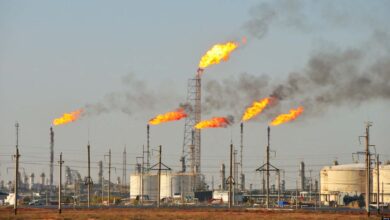 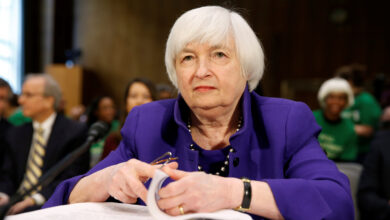 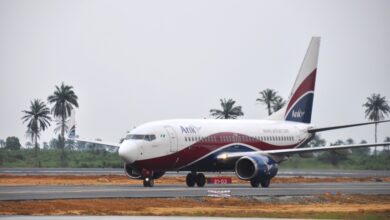 Nigeria to Invest N198bn on Power Generation in 2021