A full-scale war must be waged and won against poverty if Nigeria is to have a real future- Institute for Governance and Economic Transformation (IGET).

The statement was the highlight of the institute’s poverty assessment report “Nigeria’s Poverty Trap – And How to End It” which was launched last week.

The IGET report is authored by its Founder/President, Professor Kingsley Moghalu, a former Deputy Governor of the Central Bank of Nigeria (CBN), and researcher, Damian Kalu Ude

The authors note that ending poverty as well as insecurity are the main economic and social challenges facing Nigeria. The report also contained 27 policy proposals for taking 100 million Nigerians out of poverty within 10 years. It stated, “the evidence of current poverty numbers and trends suggests that the scale of the problem far outstrips the government’s capacity at this time to defeat the scourge.”

According to the report, some of the fundamental causes of poverty in Nigeria include slow economic growth, low human capital index, unemployment, and exposure to global economic shocks which result from an overreliance on crude oil for foreign exchange earnings. Weak social safety net is also a driver of poverty.

Poverty in Nigeria Reflects A Failure of Governance

According to the report, “Nigerian poverty is notable in particular because it has been escalating amid a sizable, expanding economy that has largely excluded a vast majority of the population.”

Poverty in Nigeria is traceable to more than just economic factors. A failure of nationhood and governance has also been responsible for the poverty trap in the nation. The report contends that the political elites have opted for self-serving state capture for patronage and sectarian interests rather than a sincere desire to eradicate poverty.

“A broken and corrupt political system has created the wrong priorities. As sectarian interests and the dominant partisan political reward system combine to supersede knowledge and competence in public policy, it has also steadily undermined state capacity and state institutions, encouraging knowledge gaps and incompetence in key decision-making positions. ”

Furthermore, it was stated that unchecked population growth in Nigeria is perpetuating poverty, making it intergenerational. The gender dimension of poverty in Nigeria is also analysed. Discrimination against and exclusion of women traps them in poverty.

Nigeria has expressed the goals of lifting 35 million people out of poverty by 2025 or 100 million Nigerians out of poverty within the next ten years in the National Development Plan. The IGET Report stated that the political will and elite consensus to design and execute the policies needed to realise these goals are lacking.

The solution, according to the authors of the report is the emergence of a president after the May 2023 elections that is willing to coax Nigerian political elites away from a short-term focus on policies that enable the extraction of personal benefits and shift their focus “to creating opportunities and investments for wealth-creation for the urban and rural poor.”

The report proposes an elite consensus on development that ignores partisanship and other divisions. This consensus should be based on the unity of purpose focused on the development of Nigeria’s 216 million citizens. This, according to the report, is necessary for making meaningful progress in the eradication of poverty.

The report stated, “Whoever is elected President of Nigeria in the presidential elections scheduled for 2023 must begin the process of building this elite consensus. Such a consensus must necessarily involve sacrifices on the part of the elite. This may include giving up some self-seeking advantages in return for other opportunities, provided the focus shifts to creating opportunities and investments for wealth-creation for the urban and rural poor.”

The report also advises that the next government should increase public spending on health and education, bolster productive jobs, as well as improve the effectiveness of social protection. It suggested that the federal and state governments should allocate at least 20% and 15% of their budgets to education and health.

How to Find Money to Spend on Poor Nigerians

Implementing pro-poor initiatives will require unlocking fiscal space. It requires abolishing expensive subsidies for consumption (including petrol subsidies), and countervailing measures to protect the poor as reforms are effected. The petrol subsidy which received an allocation of 4 trillion Naira in 2022 is based on questionable assumptions about the petrol consumption levels.

To cushion the impact of subsidy removal and to check inflationary trends that may arise from an increase in transportation costs, the report recommends that the abolishment of the petrol subsidy be accompanied by investments in subsidized public transportation systems across the 774 local governments in the country. This system which should be developed in collaboration between the federal and state governments will cost a small percentage of the amount presently spent on subsidy by the Federal Government of Nigeria.

“The balance saved from further spending on the petrol subsidy, which in our estimate would not be less than N3.5 trillion per annum, would be better invested in social infrastructures such as education and healthcare, and targeted, transparently managed and effective social protection for poor citizens,” the report added.

The authors of the report also called for structural reforms to sustain pro-poor growth. Expanding the tax net is important. Nigeria also has to eliminate multiple exchange rates that encourage arbitrage and corruption.

Policies that boost the productivity of the farm and non-farm household enterprises in Nigeria are also critical. The report calls for the abolition of the Land Use Act which vests ownership of land in the state, with individuals having to apply for a 99-year lease. This process has promoted bureaucratic bottlenecks, corruption, and elite concentration of land ownership in Nigeria.

The report’s authors noted that power sector reforms should be implemented to ensure a realistic electricity tariff rate in exchange for power generation and distribution companies being held accountable. They also noted that there should be an investment in green energy, as well as effective provision of water, sanitation, information, and communication technologies, basically, broadband access.

According to the report, tertiary education graduates and other Nigerians should have access to public-private venture capital funds that will support the creation of new ventures and jobs that can be started by graduates. It recommends, “the ownership structure should be 51/49 percent between private sector investors and the Federal Government of Nigeria.” A fund with a minimum of N1 trillion initially (ideally between N1-N3 trillion) should be established, and investments should go toward micro and small businesses that need an average of N100,000-N1 million to get started.

A key recommendation of the IGET policy paper was for Nigeria to establish a comprehensive, professionally designed social protection programme that would be backed by legislation and become a permanent part of governance and poverty reduction.

“This will prevent such programs from becoming subject to the vagaries of an inconsistent attitude by different administrations from different political parties that may emerge through electoral cycles. A key plank of such a social protection system must be social security for citizens aged 65 and above. This cohort has a population of 5 million people,” the report added.

Additionally, the document stated that Nigeria could afford a monthly stipend of N30,000 per month for citizens without pensions if leakages of public revenue, such as crude oil theft, were plugged, together with effective fiscal reforms and rational reductions in wasteful governance costs.

IGET’s mission is to support African countries in designing and implementing public policies in the areas of sustainable development, inclusive growth, and business and finance. The organization also assists governments in improving their efficiency and effectiveness.

The think tank has a global Advisory Board chaired by Khalifa Muhammadu Sanusi II. Other members of the IGET Advisory Board are Dr. Andrew Nevin, Partner and Chief Economist of PwC Nigeria, Dr. Franza Baumann, former Assistant Secretary-General of the United Nations for General Assembly Affairs, Dr. Tamela Hultman, CEO of AllAfrica Foundation, Dr. Richard Ikiebe, Chairman of the Board of Directors of Businessday, Dr. Ifeoma Nwakoby, Senior Lecturer in Banking and Finance at the University of Nigeria, Nsukka, and Mr. Tayo Oviosu, Founder and CEO of Paga Tech. 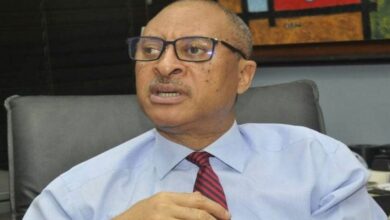 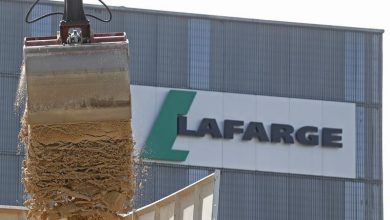 Lafarge to Retain 35% Stake in Continental Blue Cement of Ghana 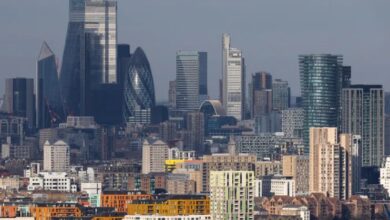 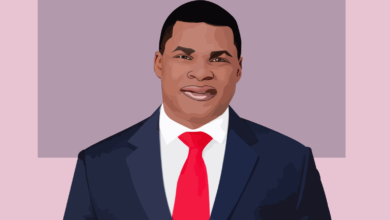