On a normal weekend, rue d’Aligre, near Place de la Bastille in Paris’s 12th arrondissement, is lined with raucous fruit and vegetable stalls and packed with shoppers and tourists heading for the historic Marché d’Aligre at its northern end. But now the stalls of the covered market are gone – they’ve moved to the open square in front of the food hall for easier social distancing – and the street’s bistro and bar owners are busy setting out tables and chairs on the pavement and in parking places.

Until President Macron’s new announcement on 14 June of the opening up all of France from 15 June , Paris was classed as a zone orange, which meant restaurants and cafes could only serve customers outside. But Paris mayor Anne Hidalgo, who has an election coming up on 28 June, delighted everyone except her rivals and motorist groups at the beginning of June by announcing a major relaxation of the rules on pavement terraces. And although cafes and restaurants can now reopen their inside spaces – albeit with reduced capacity due to social distancing regulations – Hidalgo has announced that the new terrace rules will last at least until the end of September.

This is an opportunity to permanently revolutionise the landscape of outdoor dining. Hidalgo has long talked about giving Paris back to Parisians by limiting car access, creating pedestrian streets and green areas, and prioritising bikes and trottinettes (kick scooters). “I am certainly in favour of a longer term extension of the enlargement of certain cafe terraces, as long as it is properly overseen by the municipality,” she said during a campaign walkabout of Aligre market at the weekend. “Most importantly, after all their efforts during the confinement, it is just a delight to see Parisians enjoying the liberty of meeting friends again on our famous pavement terraces.”

On rue de Cîteaux, on the other side of the covered market, L’Ebauchoir is a neighbourhood bistro loved by both loyal locals and tourists who’ve read rave reviews of chef Thomas Dufour’s bistronomie cuisine. “On a full day the restaurant serves some 250 people,” says sommelier and co-owner Thierry Bruneau, somewhat wistfully. “When we were finally allowed to reopen, serving only on the pavement terrace, we increased the number of seats outside from 24 to 60, so with three sittings we can welcome 180 customers. If we can continue like that until the end of September, it will be a huge economic boost. So far the weather hasn’t been good for outdoor dining but we are ready to reinvent ourselves, to bring life back into our neighbourhood, a return of the Parisian joie de vivre.”

Olivier Facon is a retired barman whose day begins with a morning espresso at his local bar, Le Ballon Vert, an Irish sports pub a short walk away on rue de Montreuil. “I missed this ritual during the two months of confinement,” he says. “But now just look, there must be more than a hundred people sitting on the newly expanded pavement terrace.” The bar’s owner, Donal Loughney, says: “It has been difficult for the staff to keep a check on customers – that they respect social distancing and wear a mask when coming in to use the toilet. And when football and rugby come back, we will have to work hard to find ways to keep things orderly and safe but still fun.”

Not everyone is happy about the new cafe terraces. Marc Benard is our neighbourhood plumber and a regular fixture outside bistro Les P’tits Gros, to the south on Boulevard Diderot. “This is like a local social club,” he says, “which is why everyone was shocked on reopening day to discover that our favourite doyen, 80-year-old Monsieur Edmond, had been taken by Covid-19 during lockdown. So it is a little strange sitting here today without him and his golden retriever, Hugo, surrounded by all these extra tables, everyone eating, drinking and celebrating as if nothing had happened. I understand that cafes need to make money again quickly, but I think you will soon see tensions in the summer with families trying to push prams or disabled people having to zigzag along a narrow pavement packed with tables of noisy diners.”

The owner of nearby wine bar Le Siffleur de Ballons, Denis Teixeira, smiles when he hears this. “I actually signed the contract to buy this bar à vin just before lockdown, and Monday was the first day I have been able to open bottles for customers. Sure there will be problems sorting out the practicalities of pavement tables, but just imagine what a wonderful opportunity it is, not just for locals but for the tourists who will hopefully return over the summer, to enjoy the unique pleasure of sitting out on a sunny day, eating and drinking on a cafe terrace in the heart of our city.” 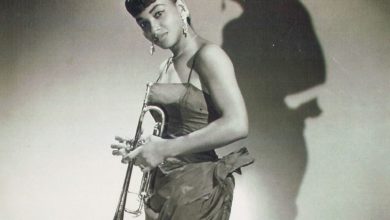 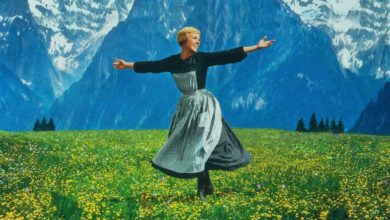 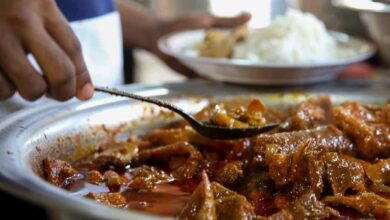 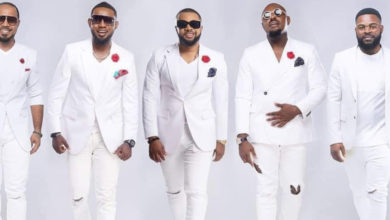