There was a reason that Fela’s hits always had an instrumental version on the B-Side and for which he played at many of the world’s biggest jazz festival – the iconic Nigerian musician was a jazz artist in a country where musicians were more popular for their lyrics than for their mastery of instruments. Saxophone without yabbis -the caustic attacks on Vagabonds in Power – would never have cut it, neither for Nigerians and nor Fela, for whom, despite his world class virtuosity on the sax, witty denunciation of officialdom was a defining part of his artistry.

Some critics concluded that the tag “Afrobeat” was just a label that Fela invented to market jazz and yabbis to Nigerians, the music was essentially jazz. This is probably why the music of Fela’s successors have not become big hits on Nigerian radio or dance floors-they have mastered jazz instruments but only Fela could blend in the yabbis. They are jazz artists in a country where jazz isn’t popular.

Tony Oladipupo Allen, who passed away on 30 April, 2020 was an early drummer for Fela and also an artistically influential collaborator. He was frequently described as the world’s greatest drummer. He left Fela in 1979 partly because he didn’t think the yabbis had to be part of the jazz. He lived in Paris from 1986 from where he built a flourishing career as a bandleader and much sought-after collaborator with jazz and other artists in Europe. The late Allen went farthest in taking his music in the direction of jazz because he was playing mainly for European audiences. But even he didn’t forsake the Afrobeats influence-he infused some Nigerian rhythms and lyrics even if he eschewed yabbis.  We take a look at the balance of jazz and Afrobeats in his works. Enjoy the review even if you don’t like or care about the debate.

Released in 2017, “Wolf Eats Wolf” begins with Allen on the drums accompanied by a guitar, blending into a sound that is recognizably modern jazz. This genre classification is complicated when the orchestra joins in almost midway into the song, creating a sound reminiscent of the Afrobeat he made with Fela in the 60s. [60% Jazz, 40% Afrobeat]

This iconic “duel” between Allen and Ginger Baker features the two legendary drummers displaying their mastery of the drums. Baker starts off with a jazz-Afrobeat fusion solo far from his signature rock sound, while Allen counters with an Afrobeat solo that dominates the rest of the track. [30% Jazz, 70% Afrobeat]

His collaboration with the colourful Grammy-winning diva from Mali led to the infectious track powered by Allen’s drums. It is right up Sangare’s alley, her faithful devotion to Afrobeat determining the genre of the song. [100% Afrobeat]

A tribute to the iconic jazz drummer and bandleader, Art Blakey, Moanin is as jazz as jazz gets. It is a classic rendition that brings back memories of the big band style of the 1940s and 1950s with its faithful imitation of Blakey’s hard bop style. [100% Jazz].

The festive Ariya evokes memories of the sound popularized by atists like King Sunny Ade at the peak of his career. Its seductive sound invites the listens to dance in a language that is predominantly Afrobeat. [80% Afrobeat 20% Jazz].

With Allen on the drums and Fela being his usual brash, unapologetic self, Zombie was bound to be a classic. It remains one of the most popular protest songs of all-time. You would be hard pressed to find any worthy listener of Afrobeat who does not recognise the iconic drums in his sleep. Considering Fela’s vocals do not come into the song until nearly six minutes in, Allen and other Africa 70 instrumentalists had to carry most of the song rather than just a backdrop. [100% Afrobeat]

A Night in Tunisia

Another notable tribute to his inspiration, Art Blakey, Allen puts a spin on Blakey’s original arrangement by infusing a sound which is distinctly and undeniably his own. This jazz masterpiece not only shows Allen’s eagerness to pay homage to the greats, it is also a testament to his remarkable ability to reinterpret a good ol’ classic without losing its ethereal quality. [100% Jazz] 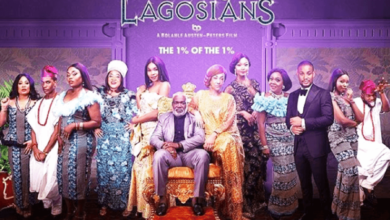 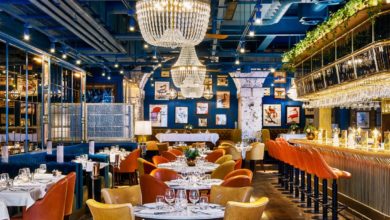